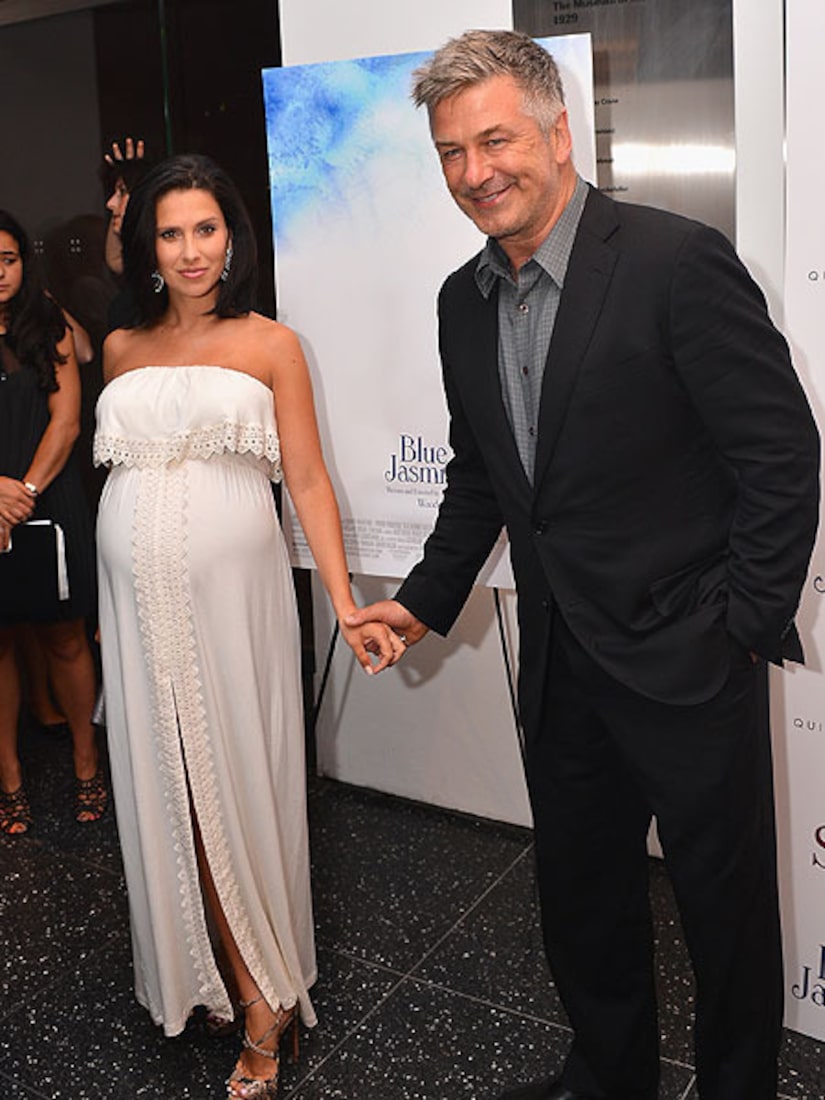 “Extra’s” AJ Calloway caught up with Hilaria and Alec Baldwin at the NYC premiere of Alec’s new film “Blue Jasmine.”

The Baldwins sent their congratulations to Prince William and Kate Middleton on the birth of their son, with Alec speculating on the boy’s name. “I think it's going to be James, right?”

As for their own baby girl due at the end of summer, the couple admitted they have not yet packed their hospital bags. The actor said, “We’re going to do that this weekend.” Hilaria added, “He’ll pack my bags!”

The “30 Rock” star also addressed rumors that he plans to retire from acting. “There are other things you can do, types of television programming. I really don’t want to travel. Now I’m married, and I'm having a baby. We want to stay home.”

In the Woody Allen film “Blue Jasmine,” Baldwin stars as businessman and said he could not pass up a chance to work with Allen again. “He calls you and if you're free you go, ‘Yeah, I'll come do it’… even if he has you play somebody who's a real jerk like my character in this.”