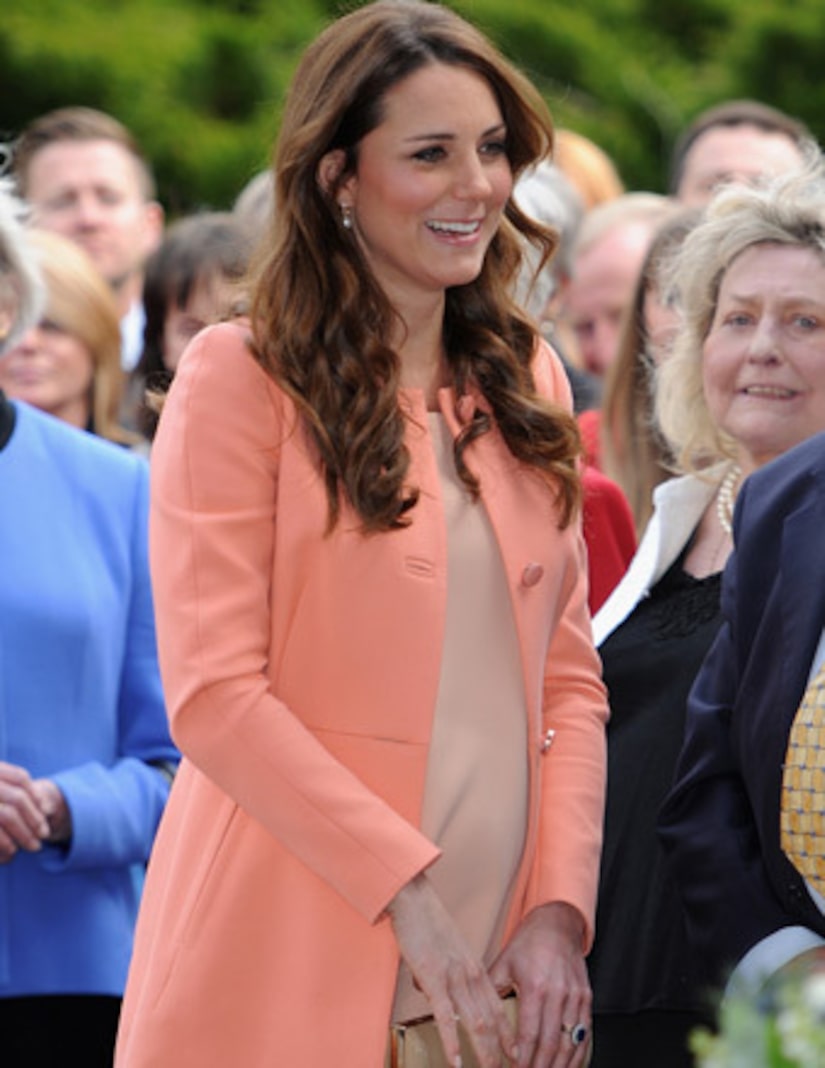 Kate and Prince William arrived to St. Mary's Hospital around 5:30 AM, after leaving Kensington Palace undetected.

How did they do it? The couple kept it low key, skipping the police escort. Instead, they opted to take a convoy of two vehicles, a sedan and van, and used side roads, says People. 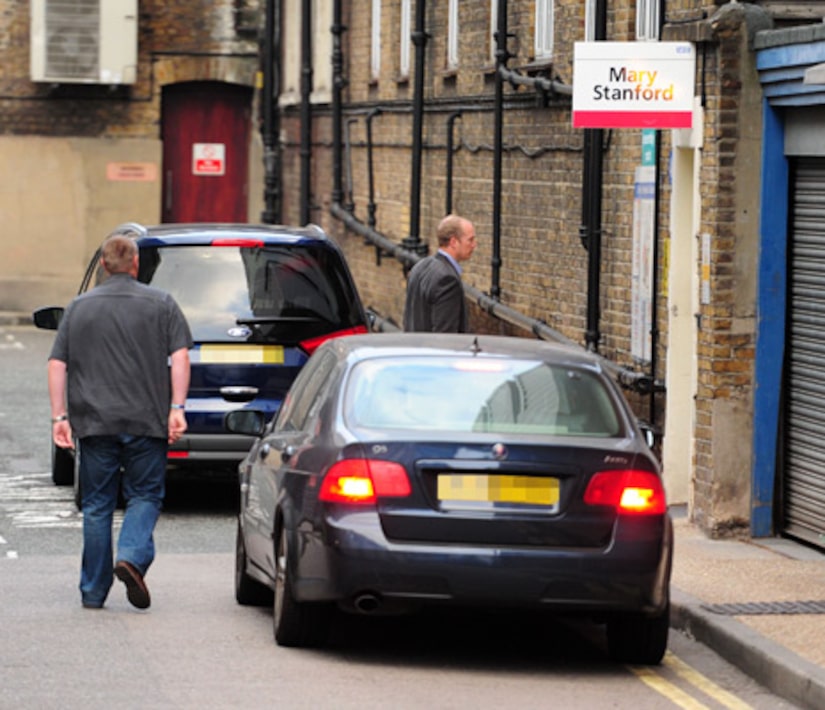 The photo above, from Xposurephotos.com, pictures the couple's convoy and Kate's bodyguard.

Once they arrived, Kate only had to walk a few steps before she was safely inside the hospital's Lindo Wing, where Princess Diana delivered William and Prince Harry.

The Daily Mail reports that Kate went into labor naturally and was not induced. Dr. Marcus Setchell, Queen Elizabeth II's former gynecologist, is expected to deliver the little one.

As of Monday, the royal family was scattered. After a brief stay at Windsor Castle, the Queen returned to Buckingham Palace in London.

Prince Charles is fulfilling obligations in York and told news crews there was “no news yet.” Prince Harry is reportedly with his Apache Army Air Corps squadron at the RAF Wattisham base.

Middleton's mother Carole and sister Pippa were expected to be by her side at the hospital.

Snooki had a little advice for the mom-to-be, “Push girl, pushhhhhh!”