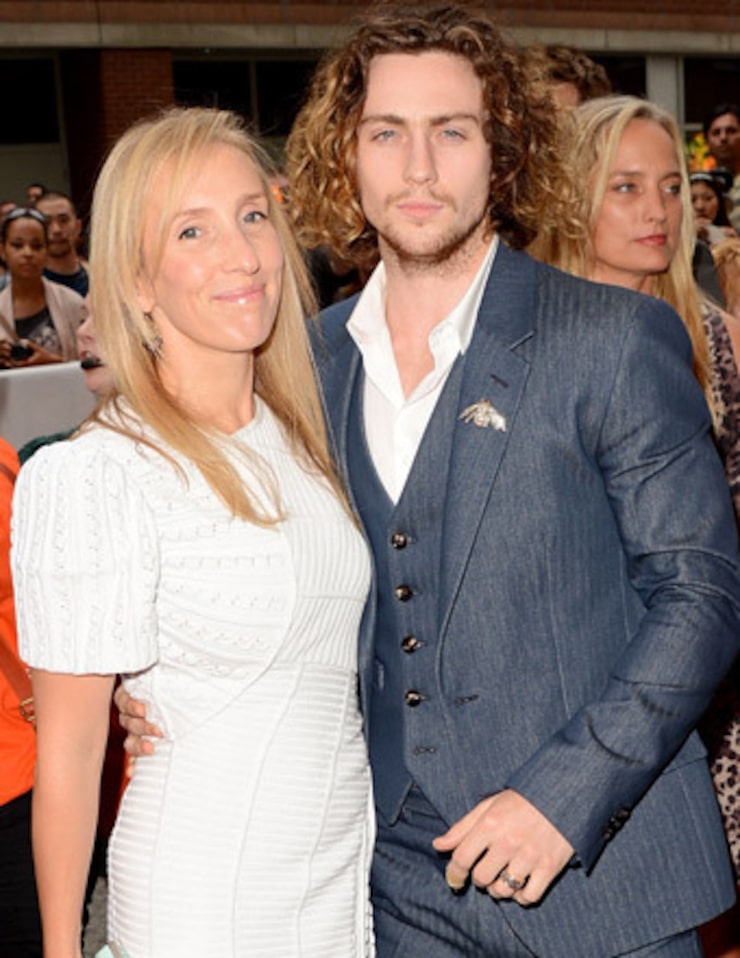 Actor Aaron Taylor-Johnson, 23, told “Extra’s” Ben Lyons that he’s definitely not starring in “Fifty Shades of Grey,” but he loves that his wife Sam Taylor-Johnson, 46, is directing the steamy romance.

While promoting “Kick Ass 2” at Comic-Con, Aaron told Ben, “I think it’s fantastic that they went for Sam… she’s got fantastic, classic, artistic eye on something like that… she’s not afraid to go there.”

Aaron went on to say, “I’m excited for the film that they got someone with a great vision.”

It's no wonder Aaron isn't starring in "Fifty Shades," he's got enough on his plate already between roles in “Kick Ass 2” and the new “Godzilla” movie!