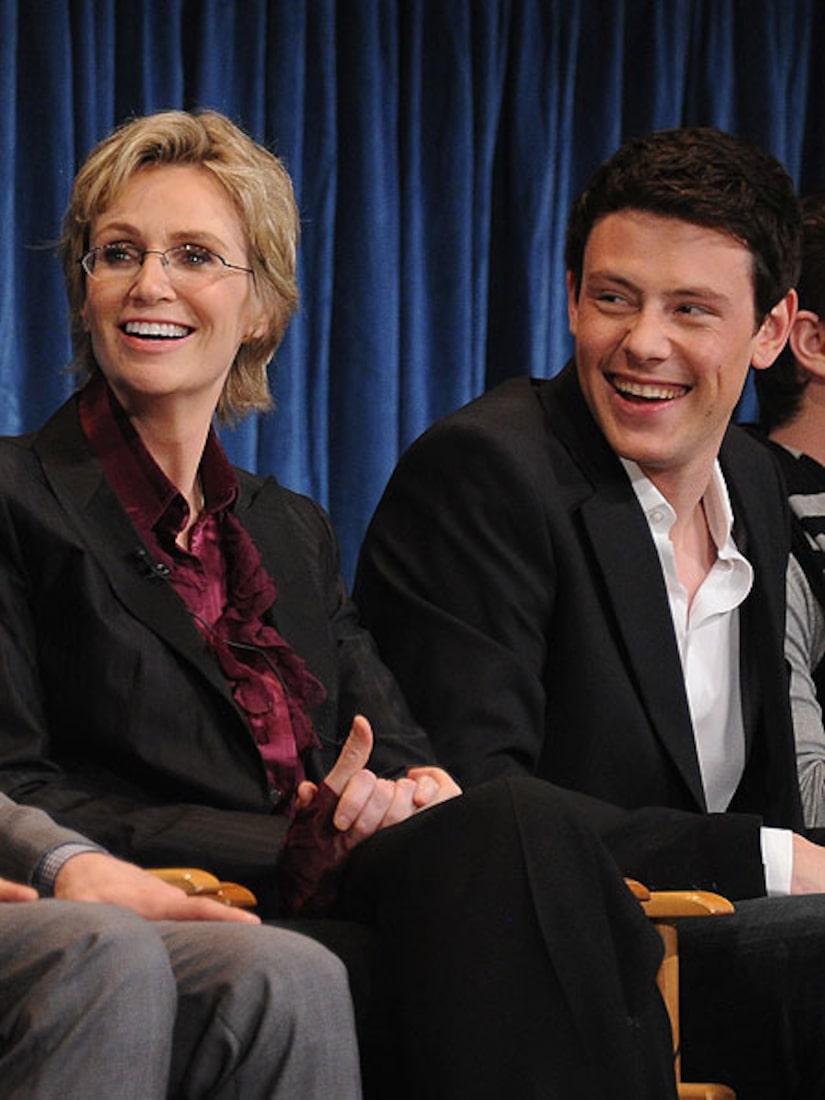 An emotional Jane Lynch stopped by “The Tonight Show with Jay Leno” on Wednesday to weigh in on the death of her “Glee” co-star Cory Monteith.

“Cory's one of the biggest hearts, was a real bright light,” she shared as her voice broke. “He was one of those guys that… he knew he was breathing rarefied air.”

Meanwhile, the “Glee” producers are postponing the start of filming for the next season so they can rewrite the show. Cory's character had a "massive storyline," a source told In Touch, "and it was going to happen right at the start of the season. Everyone on the show was told they were taking a two-week hiatus until [producers] figure out what they want to do."

Filming had originally been scheduled to begin at the end of July.