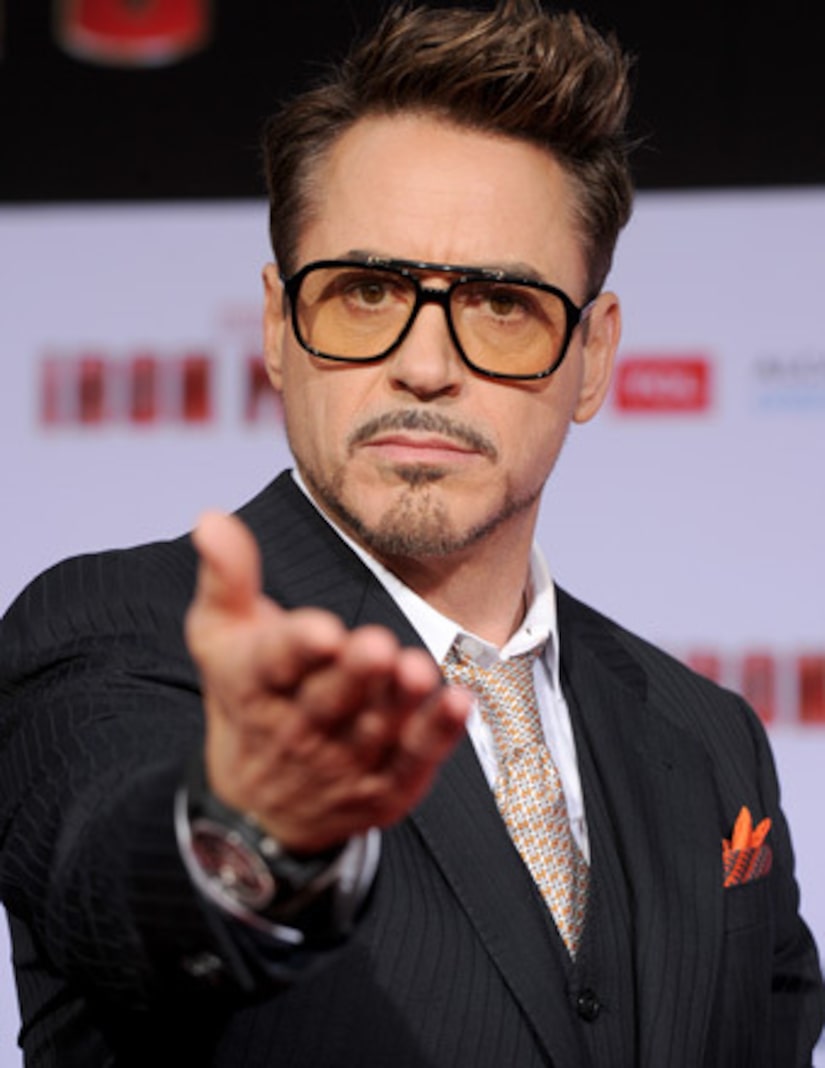 Actor Robert Downey Jr. equals one hot ticket at the box office… including billion-dollar blockbusters “The Avengers” and “Iron Man 3.”

The A-lister doesn't come cheap. Downey Jr. is now the highest-paid actor in Hollywood, raking in an estimated $75 million in earnings between June 2012 and June 2013, according to Forbes.

Coming in second is Channing Tatum. The new dad and “White House Down” star pulled in $60 million over the past year thanks to “Magic Mike.” He self-financed the film with director Steven Soderbergh for $7 million, and the movie made $167 million at the box office.

Third place goes to “Wolverine” Hugh Jackman, who made a whopping $55 million. In addition to his role as Logan in the “X-Men” franchise, Jackman's “Les Miserables” also made some serious cash. The movie was finished on a $61-million budget and grossed $438 million.

Coming in fourth is “Ted” star Mark Wahlberg with $52 million, and “Fast and Furious” actor Dwayne “The Rock” Johnson with $46 million.