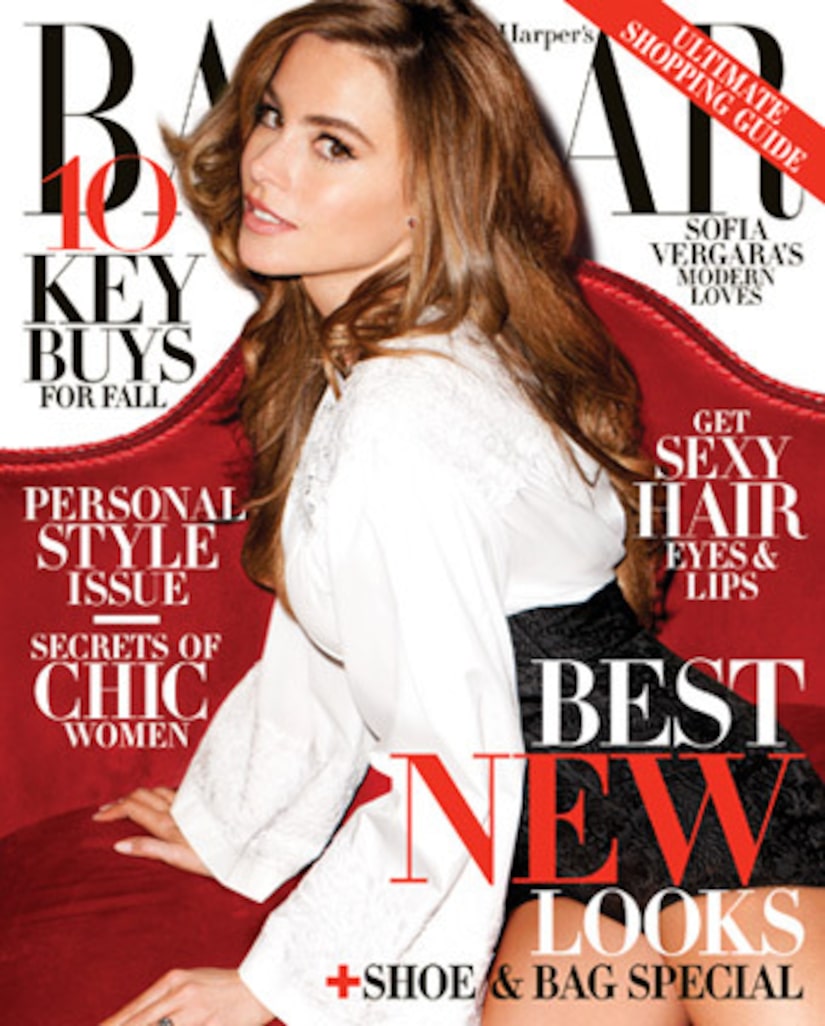 “Modern Family” star Sofia Vergara would be dolling herself up whether she were an A-list actress or not!

Sofia graces the August cover of Harper's BAZAAR, and told the mag, that being a bombshell 24 hours a day is no problem.

“I'm Latin; I do it no matter what,” she said. “It's automatic. I shower, do hair and makeup. For me, it's like shaving. I don't believe in a natural look. Lipstick brightens your face! Unless you're Gisele Bündchen or 19, you need something.”

Vergara also had some flattering things to say about fiancé Nick Loeb. “He's really handsome,” Sofia gushed. “He's six foot four, and he has blue eyes and a lot of black hair.” Vergara pauses. “Or it used to be black. Now it's got a lot of white in it. Nick says all the white hair came from me.”

For more with Sofia, visit HarpersBazaar.com.