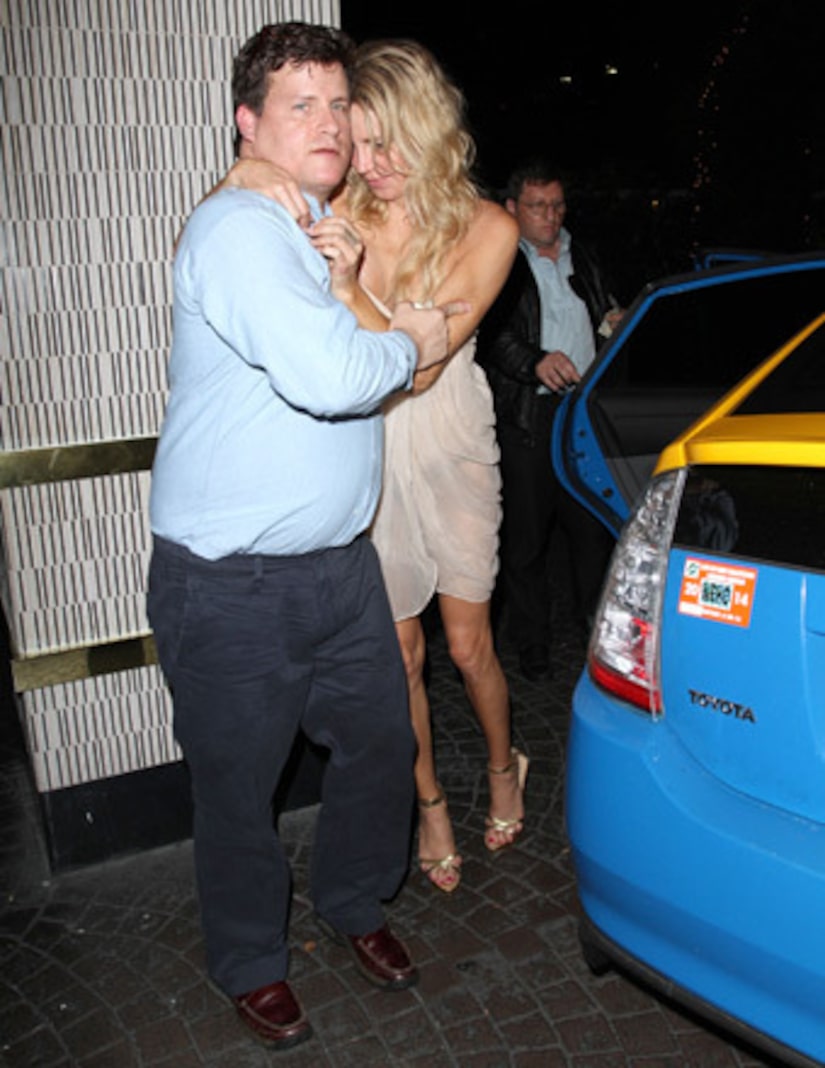 “Real Housewives” star Brandi Glanville took some heat after she was photographed stumbling out of the London Hotel in West Hollywood on Monday… wearing a barely-there mini dress. Now she's asking everyone to lighten up.

The 40-year-old reality mom explained the incident on Twitter, saying, "I got drunk with my gays its (sic) not murder. Everyone kept sending us drinks. I was being polite."

In a series of wardrobe malfunctions, Brandi suffered a nip slip and flashed a bit of thong underwear as a male friend helped her outside.

Glanville hit back at all the haters, tweeting, "When ur PERFECT and make all the right decisions ALL the time, and don't have at least a bit of cellulite on ur ass, get back 2 me.”