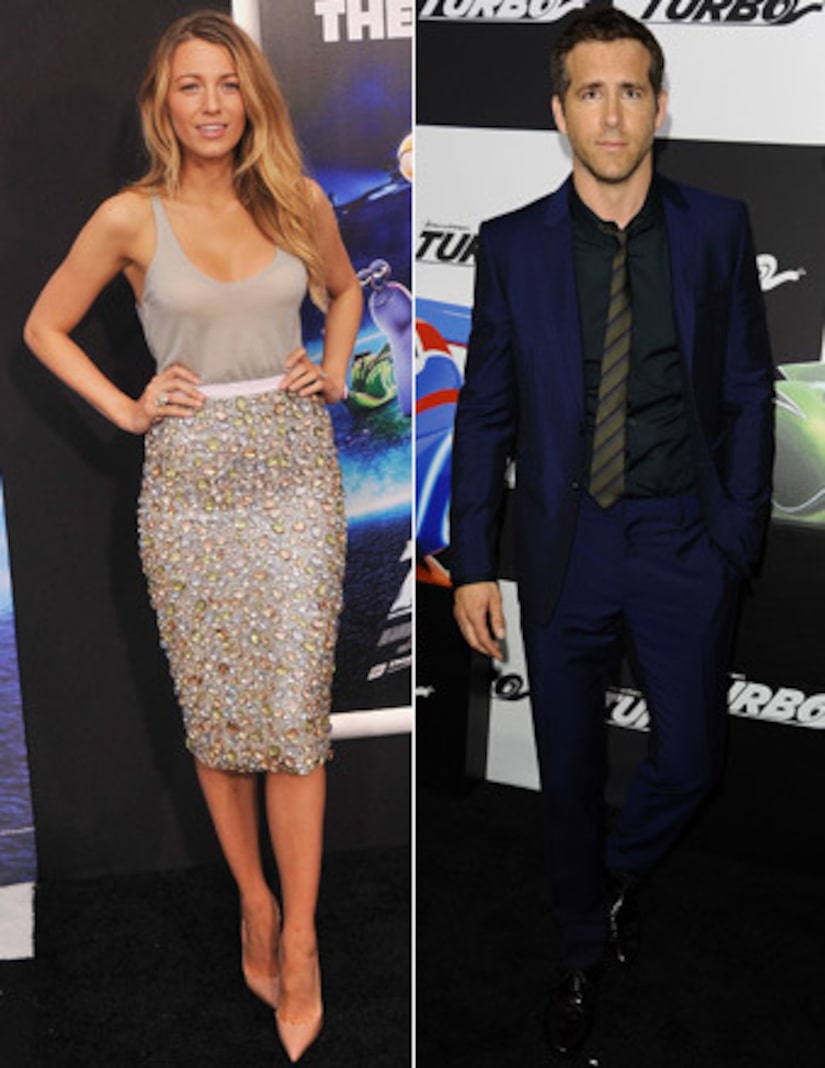 All eyes were on Blake Lively as she and hubby Ryan Reynolds arrived for the New York premiere of his film “Turbo” -- both fabulous in Burberry.

Lively, known to have an eye for fashion, reportedly approved Ryan’s outfit. He said, “I think this is generally approved. You can’t really go wrong with Burberry.”

In the film, Reynolds plays a snail who dreams of winning the Indianapolis 500, and the actor dropped a spoiler. “Now I know what you’re thinking. That’s impossible. But, I’m gonna tell you right now – the film is animated.”

He also noted that his character is involved in a freak accident, giving him super speed powers, but Reynolds had another power in mind for his own tastes. “I’d like to fly. And baking is a super power. I’d like to bake one day… something that doesn’t turn out looking like a smoking turd.”