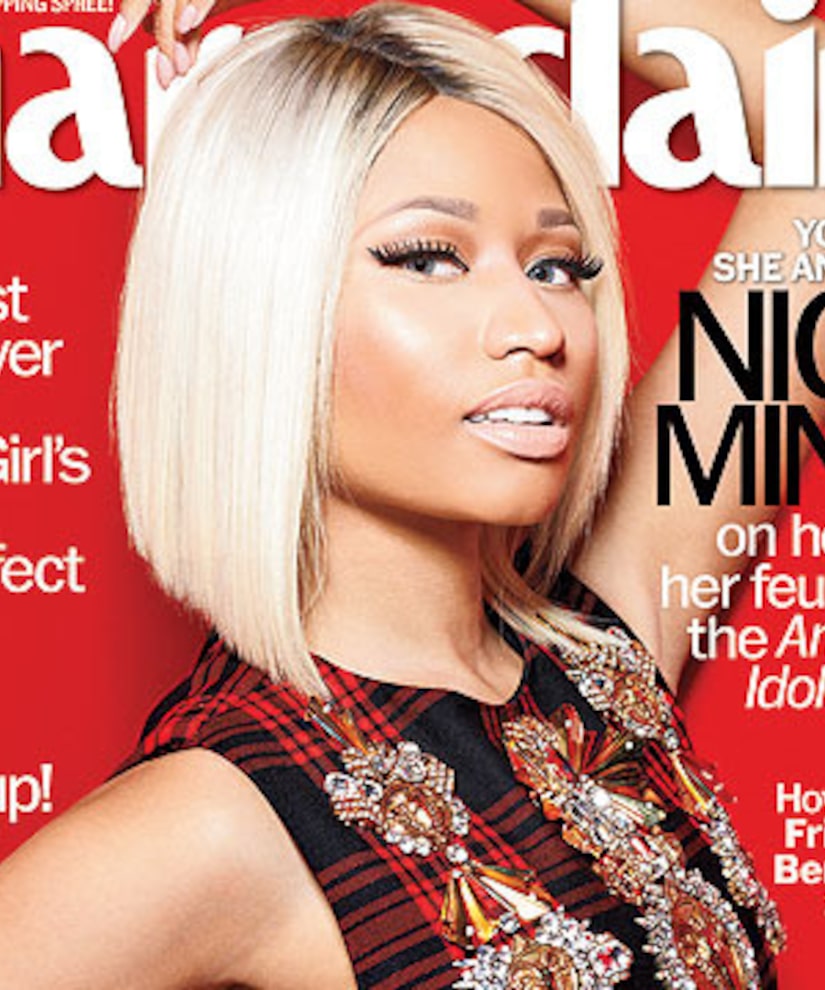 Hip-hop star Nicki Minaj appears on the August cover of Marie Claire magazine, in which she talks about her career, her millions of Twitter followers known as Barbz… and what's in her future.

While on tour in Australia in 2012, Minaj told the mag she had an epiphany. “For the first time, I allowed myself to feel proud of where music had gotten me, and I felt an overwhelming sense of gratitude. You feel the need to pay it forward, which starts with analyzing yourself with a true desire to grow. I was praying every day, 'You know what, Lord? I want to be a mom one day, and I want to start becoming the woman who I want to parent my child.' I wanted all of the feelings of entitlement to leave me, because some people have this life for a year or five or 10 -- and a lot of them lose it. I didn't want to become a person who wasn't enjoying the moment.”

Minaj may also be considering acting as the next career goal. “I at least want to do three more albums. If I can do that, I'll feel complete… One day, when I start getting a couple gray hairs, maybe it will all be only acting. I just never know…” 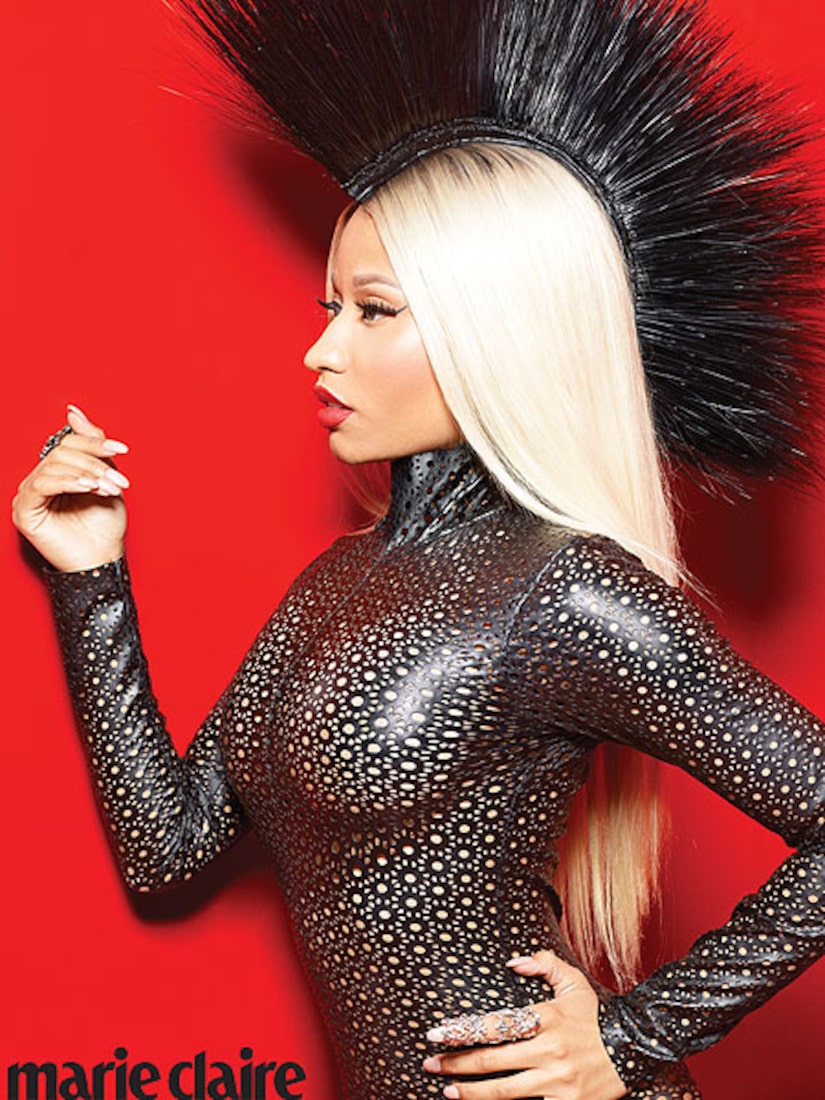 As for her millions of Barbz followers, Nicki explained, “I'm very aware that millions of people on Twitter have no idea what we're talking about. That's because we kind of have our own language. I used to think it was just a Queens language or a New York language or an East Coast language, but now it's a Barb Nation language. I have South African Barbz, Japanese, German, Saudi Arabian. You can be a Barb wherever you live.”