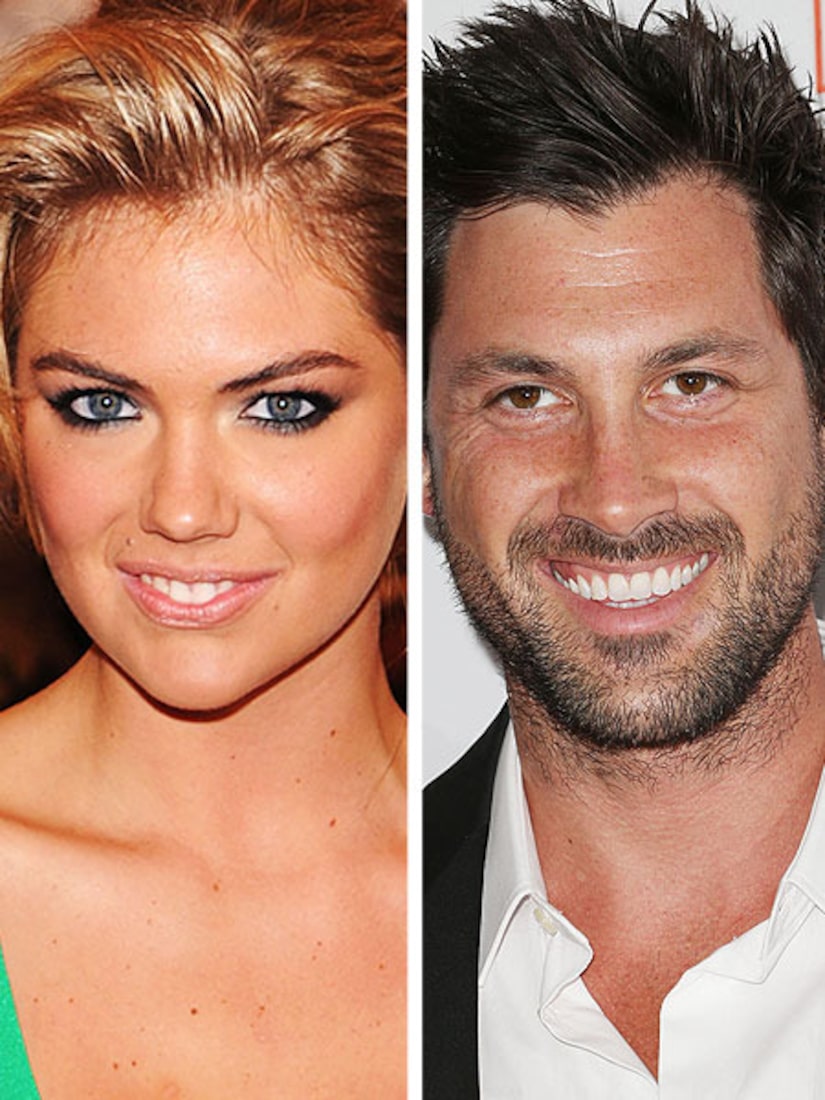 Romance rumors about “Dancing with the Stars” pro Maksim Chmerkovskiy and model Kate Upton were heating up last month after news that the two were reportedly dating.

Now, Maks is playing dumb and acting coy about the relationship. When “Extra” special correspondent and “DWTS” winner Tony Dovolani asked about the twosome, Chmerkovskiy responded “What?” followed by “We go way back.”

Maks also didn’t have a direct answer about whether he will return to “DWTS." “Right now I am completely engulfed in Broadway, but we’ll see.”

Beginning July 9, he'll be dancing the “Forever Tango” on Broadway with former fiancée Karina Smirnoff. Watch the video for a sneak peek!