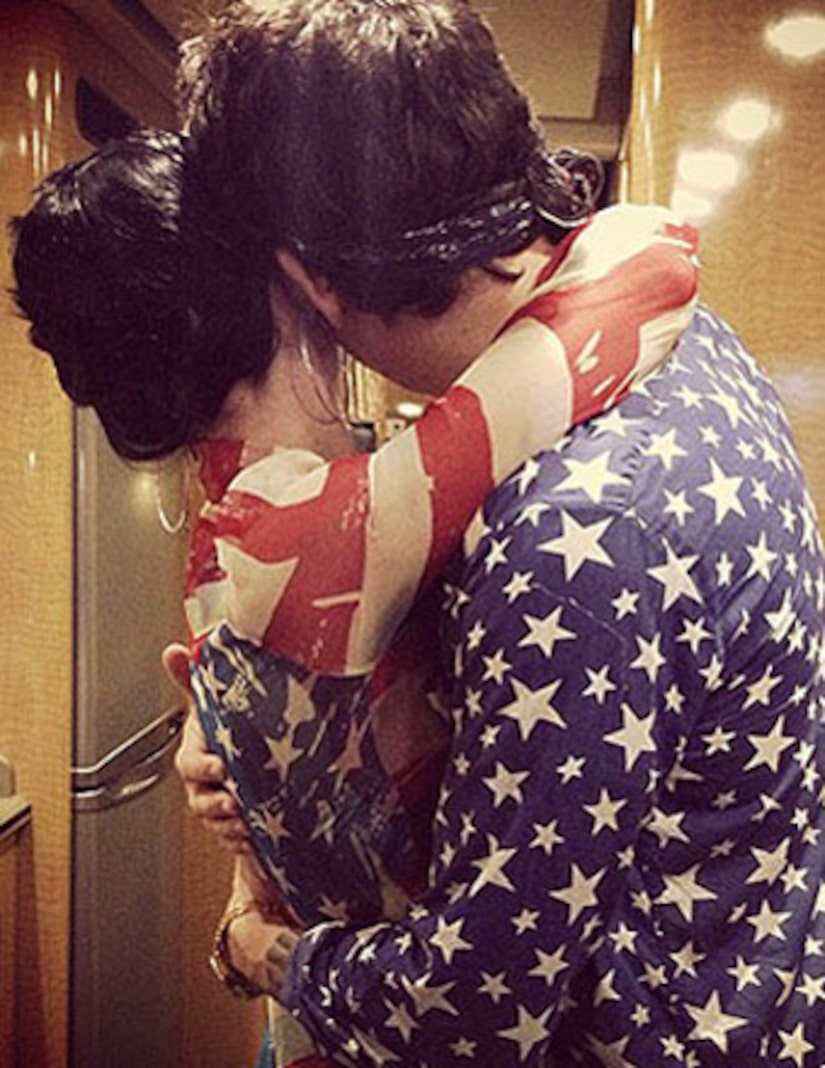 There were fireworks for Katy Perry and John Mayer on the 4th of July this year! The two donned stars and stripes for the holiday and posted a cozy photo on Instagram, essentially telling the world they are definitely back together.

The lovefest continued two days later when John dedicated a song to Katy at the kickoff of his "Born and Raised" tour, reports Eonline.com. Mayer told the Milwaukee crowd he was dedicating his final song, "A Face to Call Home" to Katy, who was watching from a perch near the mixing board.

Perry and Mayer, who split in March but recently reunited, weren't the only ones getting into the holiday spirit! Check out our gallery of stars like Mariah Carey, Heidi Klum and others celebrating Independence Day.