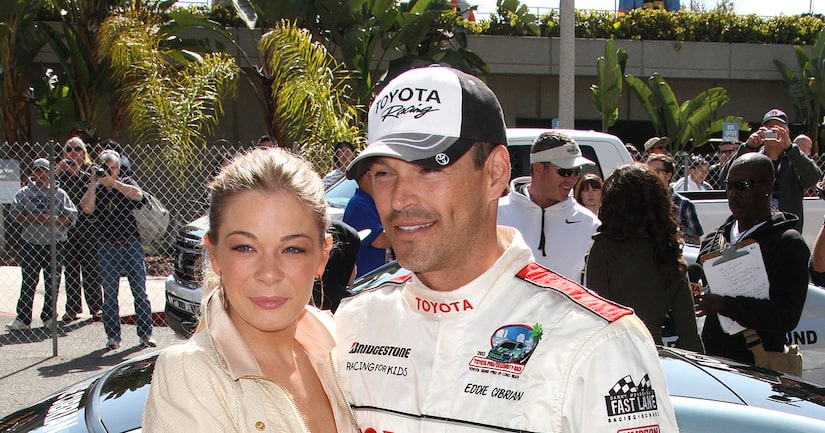 "Extra's" Mario Lopez met up with LeAnn Rimes and Eddie Cibrian, who opened up about Eddie's boy band days and her new album, "Spitfire."

When Mario asked if Eddie could hit a high note, Rimes revealed he was once in a boy band! "It was called 3 Deep. You must go google it. He's gonna kill me..."

The "How Do I Live" singer then talked about the making of "Spitfire." "It's not like there's LeAnn the celebrity and then LeAnn the person, it's all kind of melded on this record and I'm proud of that."

LeAnn's album sold 10,798 copies in its first week and debuted at No. 36 on the Billboard charts.