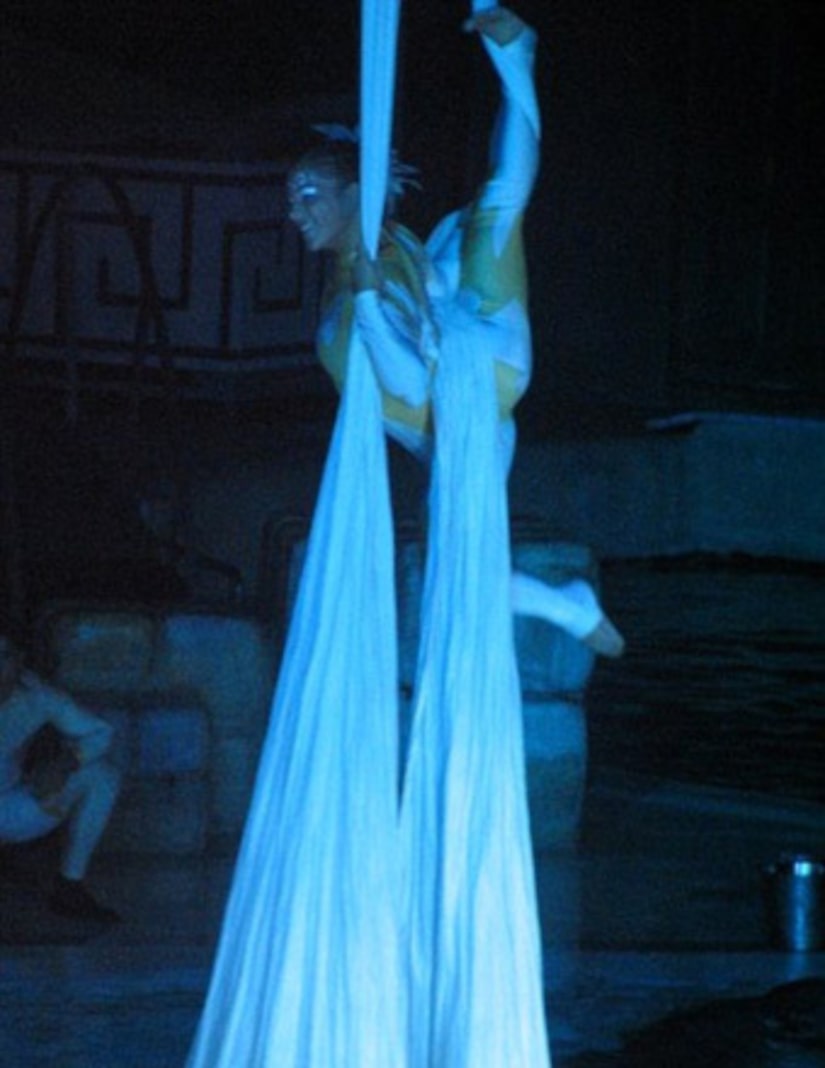 Sarah Guillot-Guyard was still in her harness when she fell 90 feet to her death during Cirque du Soleil's “Ka” show in Las Vegas, reports the L.A. Times.

The Montreal company is denying reports that she slipped out of the apparatus before the accident. "Her harness was still on and she did not slip out of her harness," Cirque spokeswoman Renee-Claude Menard told The Times in a statement.

The Clark County Coroner's office ruled the incident an accident, and cited blunt force trauma as the cause of death. The coroner also confirmed Guillot-Guyard fell 90 feet, nearly double the distance initially reported.

Cirque is currently cooperating with an Occupational Safety and Health Administration investigation, which could take about six months.

Menard previously told CNN that the tragic accident occurred during the show's finale. The website describes the final scene as an aerial battle, requiring artists to soar up to 50 feet in the air. The choreography is achieved through wireless remotes in each costume.

Witness Dan Mosquedo described the event to the Las Vegas Sun, saying, Guyard-Guillot “was being hoisted up the side of the stage and then just plummeted down.”

He continued, “Initially, a lot of people in the audience thought it was part of the choreographed fight. But you could hear screaming, then groaning, and we could hear a female artist crying from the stage.”

Guyard-Guillot was born in Paris, studied at the Annie Fratellini Art & Circus Academy, and specialized as an acrobat and aerialist. She was also a coach with the kids fitness program Cirquefit.