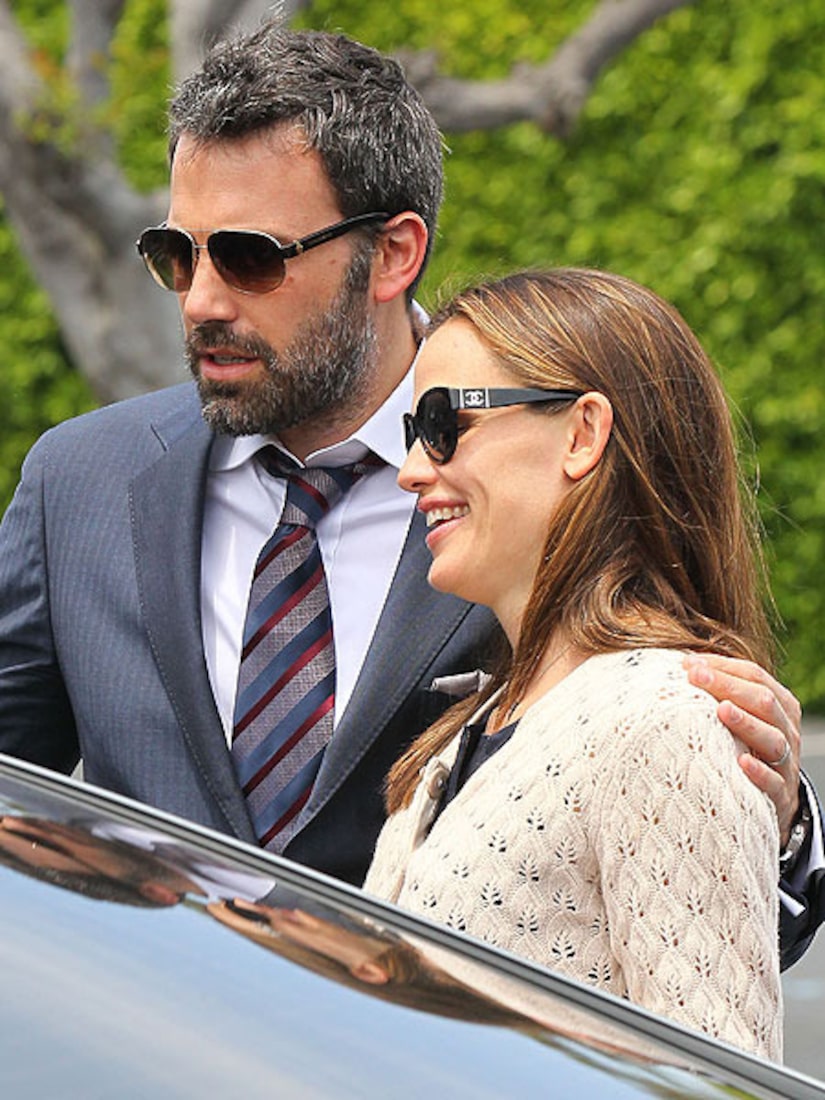 The couple celebrated their eighth wedding anniversary on Saturday night at a local pizza restaurant, and then on Sunday had their 16-month-old son Samuel baptized at the Methodist church of Garner's family.

A parishioner told People.com, "He's really cute. He was wearing little blue overalls. He kept trying to high-five the pastor as he was getting baptized."

Affleck and Garner's daughters Violet, 7, and Seraphina, 4, were also in attendance. The source said, "Violet was very well-behaved,” but "Seraphina was funny. She was running around, and Ben had to keep getting up to run after her."

For their anniversary dinner, Ben and Jen were spotted having a low-key dinner of beer, pizza and salad. An eyewitness told People, "They were so cute, holding hands and kissing each other. She had her hand on his leg. They were really affectionate."