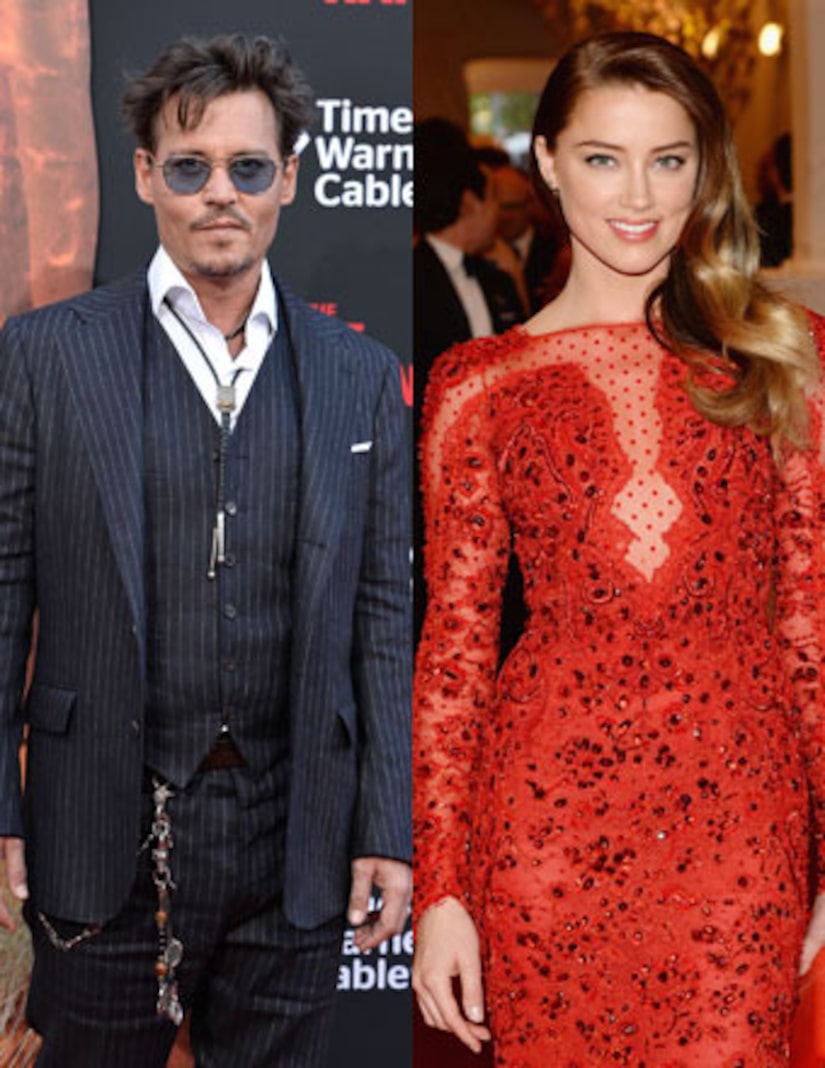 Superstar Johnny Depp and Amber Heard are going public with their romance.

The two were first spotted hand-in-hand at a Rolling Stones concert in Los Angeles on Saturday, and again Thursday at the Moscow premiere of "The Lone Ranger," reports Perez Hilton.

Depp and Heard were last seen together dining at Ago restaurant in West Hollywood in May with Keith Richards and Ronnie Wood.

“The Lone Ranger” rides into America on July 3rd.