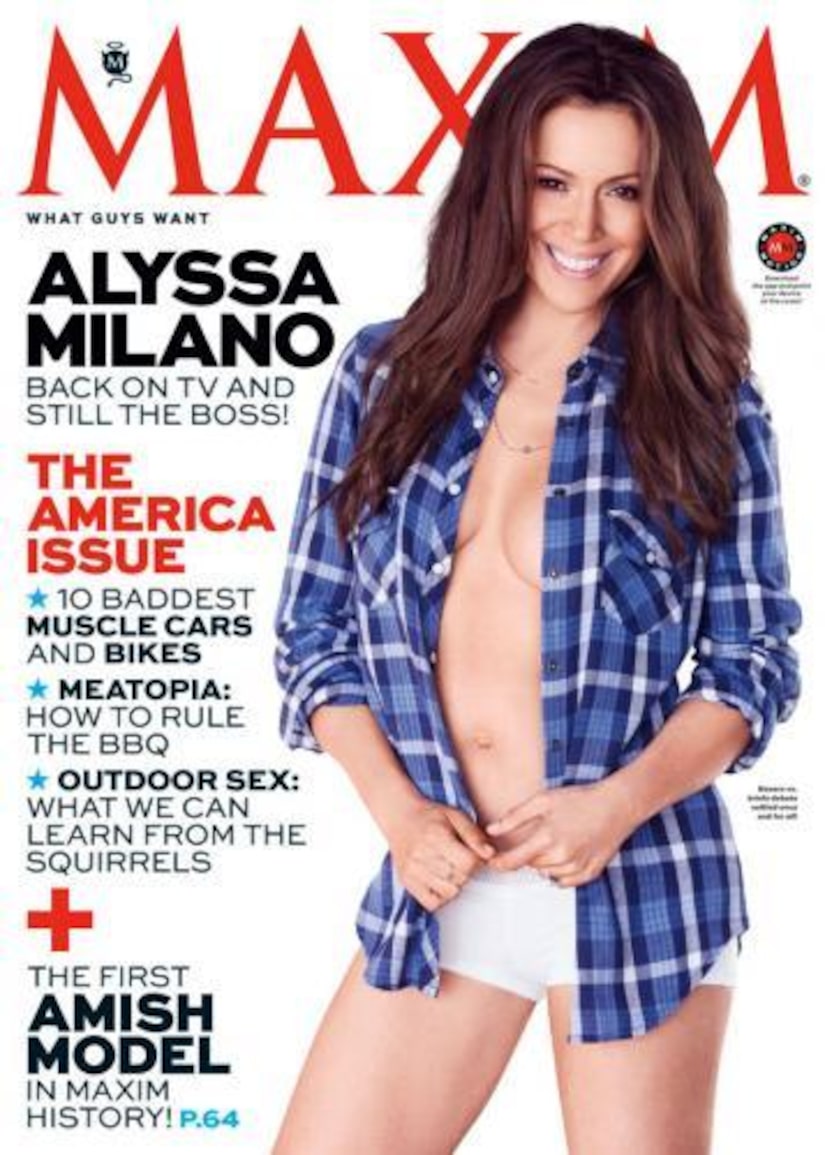 Actress Alyssa Milano, 40, appears on the July cover of Maxim magazine wearing nothing but underwear and an unbuttoned shirt… to promote her racy new series, "Mistresses."

The former teen star talked about having a career after the popular '80s sitcom, "Who's the Boss?” "I think Christina Applegate and I are the only two who maintained some sort of career path past the shows that launched us. But I have a great family. And I look at a lot of these kids who struggle in the industry and think they'd have struggled no matter what they did.”

Milano then opened up about growing older in the public eye. "I went through puberty like everyone else; it only got embarrassing when the show would take what was going on with me and write it into the show, like 'Samantha's First Bra. It was like, OK, guys, do we really need to do this?" She added, "But what an awesome time stamp!"

Make a date with "Mistresses," Monday at 10PM on ABC.