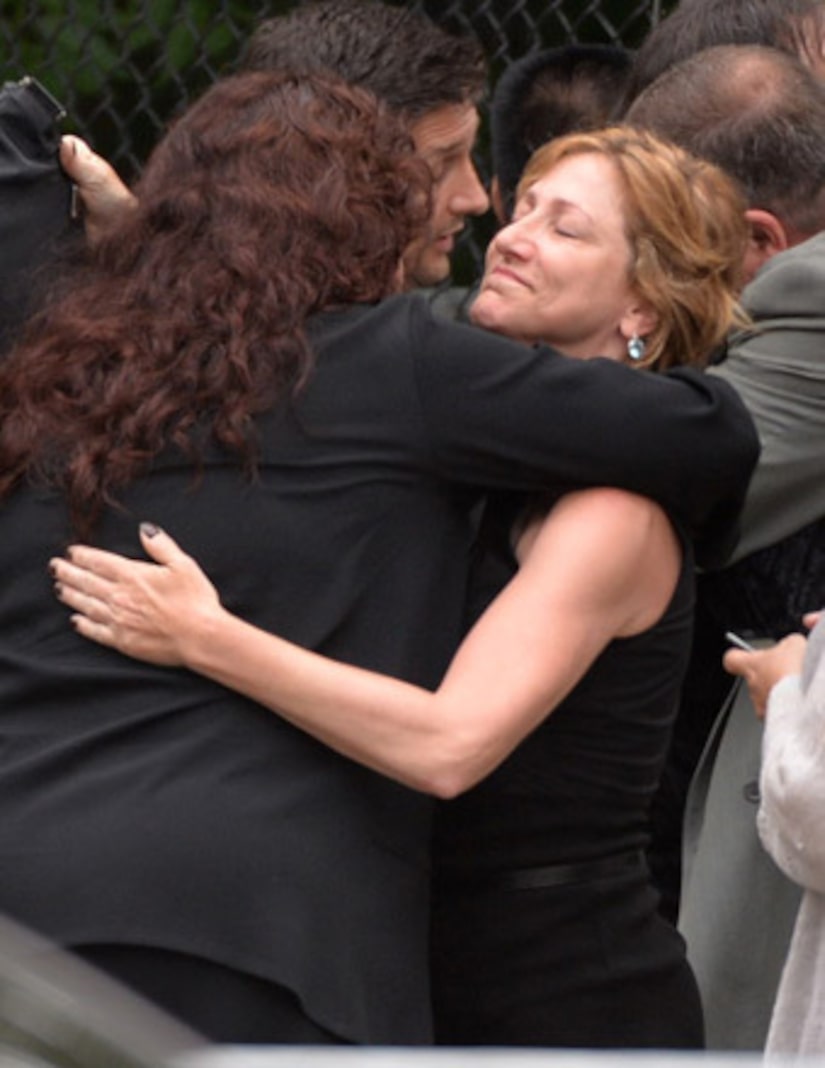 Family and friends gathered in New York City on Thursday to say a final goodbye to “Sopranos” star James Gandolfini.

By 10 AM the coffin was in place at the Cathedral Church of St. John Divine, as mourners including Edie Falco, Alec Baldwin and Joe Pantoliano arrived for the 11 AM service.

Afterward, "Extra's" Hilaria Baldwin, remembered her friend as a kind and warm man, known for his "long, long hugs." She explained, "It was a very sad day. There were a lot of his friends and family and we all came there because he was somebody with a very big heart and we went and paid our respects to Jimmy. There were a lot of tears."

Hilaria added, "His wife spoke, his close friends spoke and they said how they don't know how they are going to live without him and how he had such a big heart. He was a very big spirit, we'll say."

She also confirmed that Gandolfini's children were there, Michael, 13, and Liliana, 8-months, "A couple of his friends say they want to make sure [Lily] grows up knowing her father through the love that he gave to all of them."

Earlier, a source told "Extra" the 90-minute service would be led by the Rev. Dr. James A. Kowalski of Saint John the Divine and remembrances provided by widow Deborah Lin Gandolfini, family friends Thomas Richardson, Susan Aston and David Chase, Creator and Executive Producer of "The Sopranos."

Music was to range from traditional hymns to contemporary selections. The New York Post reports that HBO produced and filmed a tribute to the star to show at the funeral.

Fans lined the streets outside hoping for a seat inside and to pay their final respects.

A private wake for the Emmy winner was held Wednesday at Robert Spearing Funeral Home in New Jersey. Both his widow, Lin, and ex-wife Marcy Wudarski attended.

Gandolfini died last Wednesday of a heart attack while in Rome with his son Michael for the Taormina Film Festival.