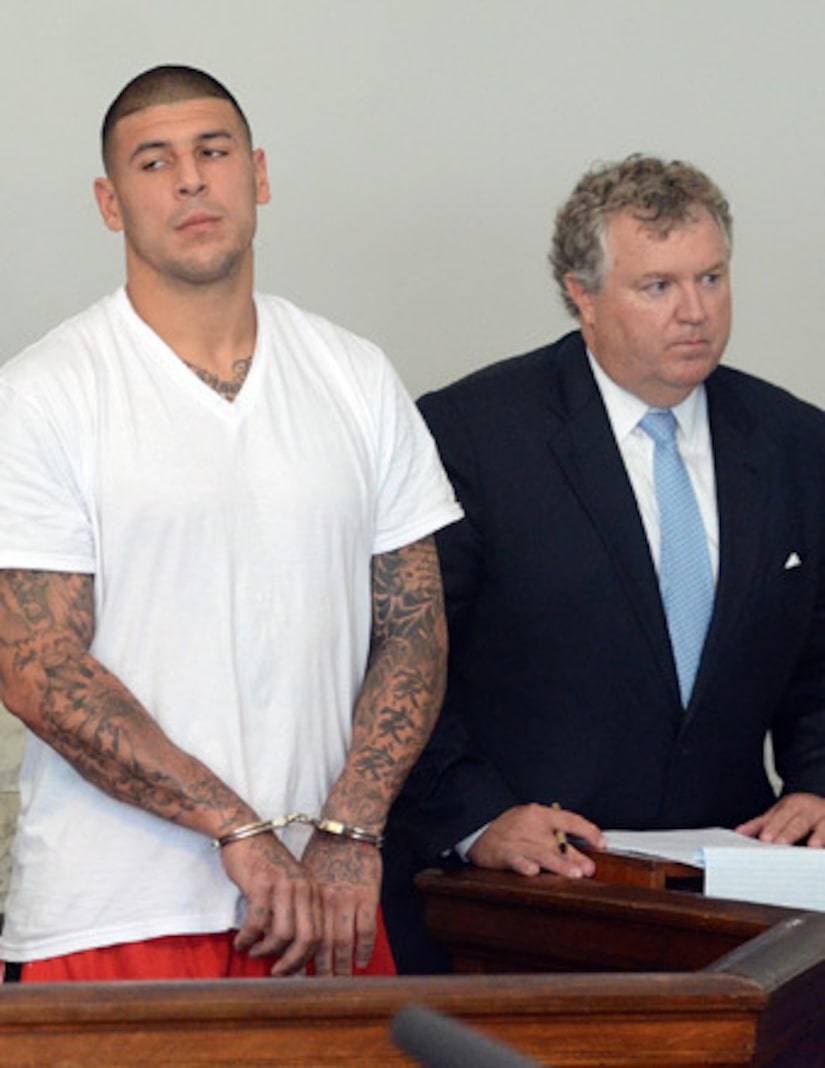 Information about the Aaron Hernandez case is coming in fast and furious in the wake of his arraignment on first-degree murder and gun charges.

New details include a second arrest made in the case, bubble gum allegedly linking him to the crime scene, and reports that Hernandez is being looked at in connection with a double homicide in Boston last year.

The former New England Patriots tight end is accused of shooting friend Odin Lloyd execution style because Lloyd was seen talking to the wrong people at a nightclub a few days before. Two men were reportedly with Hernandez at the time of the murder. Odin’s body was found in an industrial park less than a mile from Hernandez’s home.

On Thursday, a second man was arrested in the case. CBS Boston reports that Carlos Ortiz, 27, was taken into custody in Bristol, Connecticut and charged as a fugitive from justice. He has apparently waived extradition to Massachusetts, where he will face more charges.

As for Hernandez, an unlikely piece of evidence could act as a smoking gun in the case. According to the Daily Mail, prosecutors said that Hernandez stopped to buy gas, cigarettes and a pack of Blue Cotton Candy Bubblicious bubble gum at a gas station the night of the murder, while driving a rental car.

Although the 23-year-old dropped off the rental the next morning and it was cleaned before investigators arrived, the prosecution says they found a .45 shell casing and a chewed piece of blue bubble gum in a dumpster that may connect him to the crime scene.

In addition to former friend and assistant Alexander Bradley suing the NFL star for allegedly shooting him in the face in February, now FOX 25 in Boston says police are investigating a possible connection between the millionaire and a double homicide.

According to the TV station, occupants of a silver or gray SUV opened fire on another car at a traffic light just after 2 AM on July 16, 2012. Two men were killed at the scene and another wounded. The SUV, with Rhode Island license plates, sped away.

TMZ has also obtained photos that could tie Hernandez to a gang. The site claims an image of him wearing red and flashing “gang” signs at age 17, along with his “Blood” tattoo on his hand, could prove he is a member of the Bristol Bloods, from his hometown in Connecticut.

A second photo shows the murder suspect posing in selfie with a Glock pistol in 2009. See both images above.

In April, Aaron joined "Extra's" Maria Menounos at The Grove to talk about being a role model in the Hispanic community.