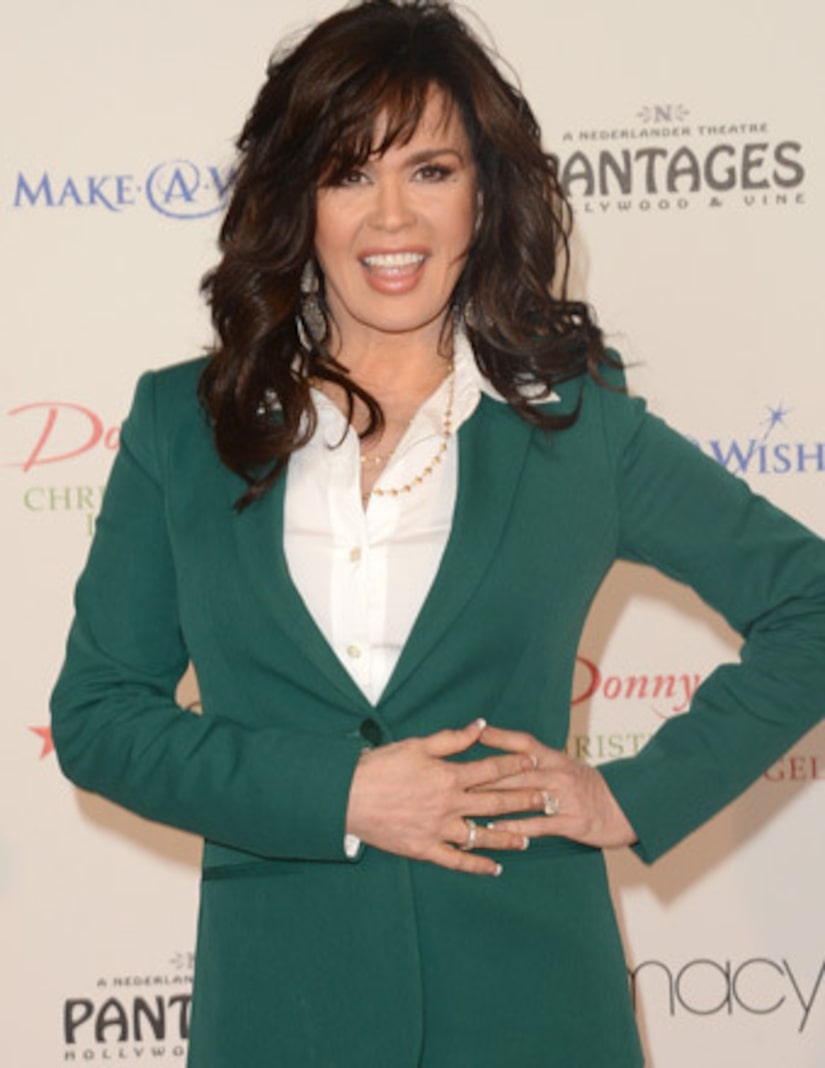 Singer Marie Osmond made a big announcement during her appearance on “The Talk” on Tuesday… she's going to be a grandma.

According to US Weekly, the star pulled a fast one on the audience announcing, “I'm pregnant!” before saying, “No! No! But my daughter-in-law is!”

Osmond, 53, explained that her oldest son Stephen James Craig, 30, and his wife Claire Olds are expecting their first child together, which was revealed to Osmond during her son's birthday party.

“He blew out the candles and then blew me away and said, 'You're gonna be a grandma!' It was really fun.”

Everyone seemed elated about the happy news, including “The Talk” co-host Sharon Osbourne, who told Osmond, “It is a gift from God and congratulations.”

Osmond has been married three times. She remarried her first husband, Stephen Lyle Craig, in 2011.