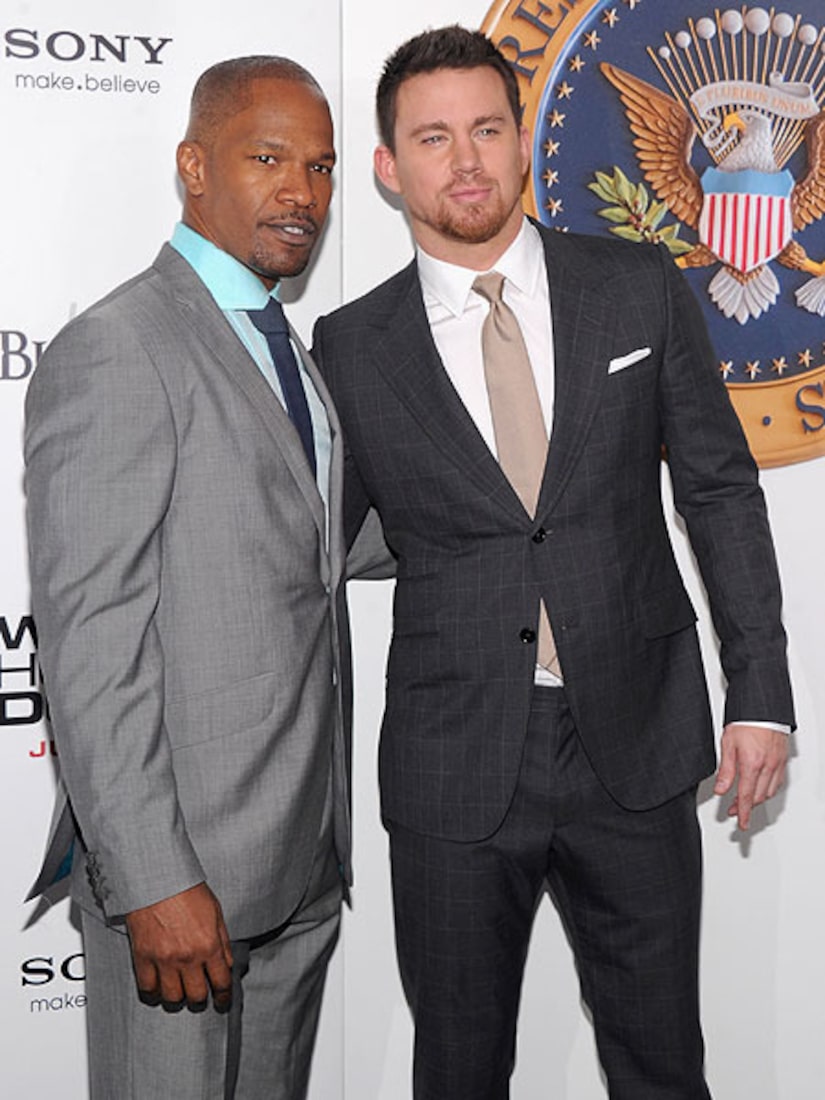 "Extra’s" AJ Calloway spoke with Jamie Foxx and Channing Tatum, who both made quite an entrance at the NYC premiere of their film “White House Down,” arriving in the film’s bullet-riddled “Cadillac One.”

Tatum said, “Yeah we try. We try. When you walk in with Jamie, it’s kind of like fireworks all just go off.”

“Extra” got the inside scoop on the "Magic Mike" sequel, with Channing revealing that the twosome will be joining forces again when Foxx makes an appearance in the stripper film sequel.

Said Foxx, “If they need me to bring it on home, brother. If they need me. Anything that Channing Tatum is doing I’m 100 percent all in.”

There’s no denying the chemistry between Foxx and Tatum. The two recently debuted a music video spoof on Jimmy Kimmel.

“White House Down” goes up in theaters this Friday, June 28th.