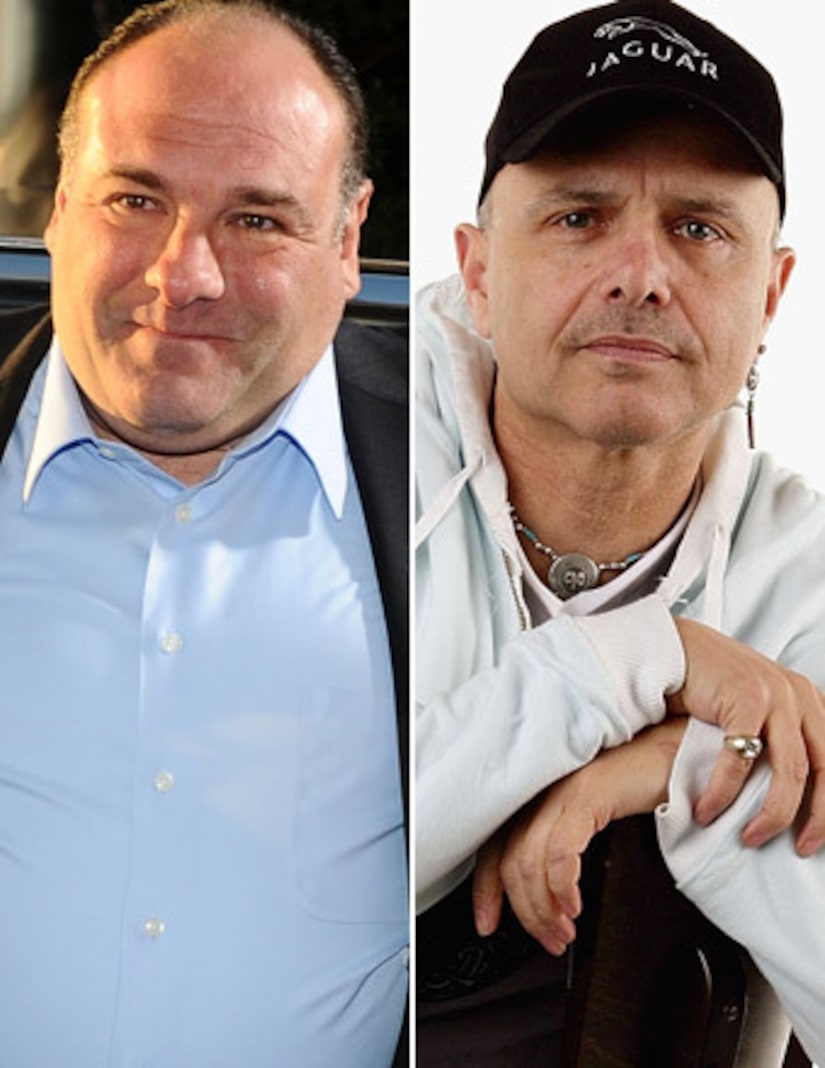 “The Sopranos” co-star Joey Pantoliano talked to “Extra” exclusively about the passing of his good friend, James Gandolfini. Fighting back tears, Pantoliano, who played cokehead Ralph Cifaretto on Seasons 3 and 4, revealed he always feared for the health of the actor.

A tearful Joey said, “I hope he knew that I loved him,” adding, “I was worried about the way he ate.”

Pantoliano remembered one dinner scene where Gandolfini went the method acting route, eating steak and eggs for hours. Joey recalled asking, “’Do you know how much cholesterol is in there?’ And he said, ‘Eh.’ And he is chewing the whole time. He says, ‘25% of my arteries are blocked.’ I said, ‘Are you crazy?’ And he said, ‘Hey, 75% still work.’”

Joey, after working with Gandolfini for two seasons of “The Sopranos,” was in awe of the Emmy winner’s talent, saying, “The guy was a powerhouse.” It was not only his talent he was impressed with, Pantoliano also appreciated Gandolfini’s quiet generosity with the cast and crew.

“Jimmy gave everyone a bonus, and it wasn’t a couple hundred dollars. He would do that also at Christmas parties,” he said. “He would put money in an envelope. Cash money, he was great!”

And as his family and friends prepare for Gandolfini's funeral on Thursday, Joey will be there to say goodbye. “He’s a modern-day James Dean. You know, and like James Dean, and like Marilyn Monroe, sometimes God takes these people away from us because maybe he is afraid that we’ll take them for granted.”

Gandolfini died of a heart attack while vacationing in Rome with his son Michael for the Taormina Film Festival. On Monday, photos of his final day touring the Vatican Museum surfaced at the New York Daily News.