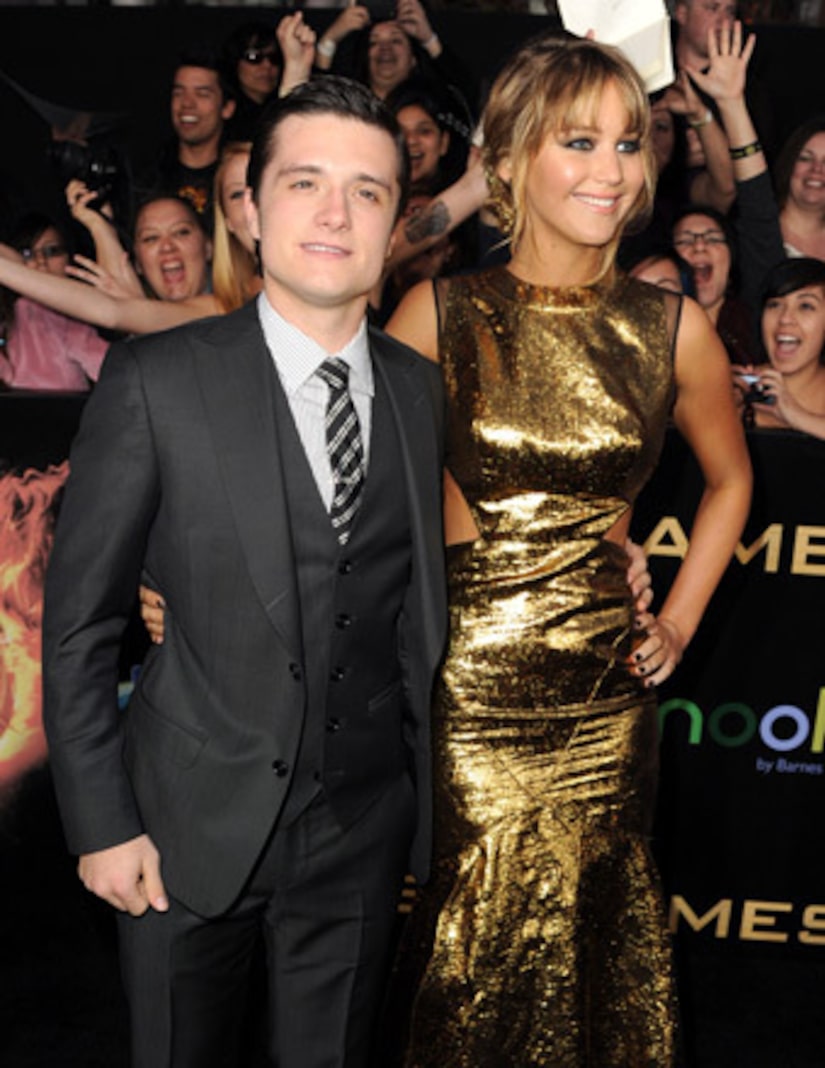 They're just friends, but it's no surprise that kissing Jennifer Lawrence causes “natural stirrings” for “Hunger Games” co-star Josh Hutcherson.

During an interview with Ryan Seacrest, Hutcherson revealed his thoughts of the Peeta Mellark and Katniss Everdeen smooching scenes. "I'd say there's a natural stirring that happens in your body. If you're in the moment and you're in the scene, then naturally whatever naturally happens is what's supposed to happen."

Listen to the interview!

In the second installment of the franchise, "Catching Fire," due in theaters on November 22, Peeta and Katniss return to the “Hunger Games” as all-stars in the Quarter Quell.