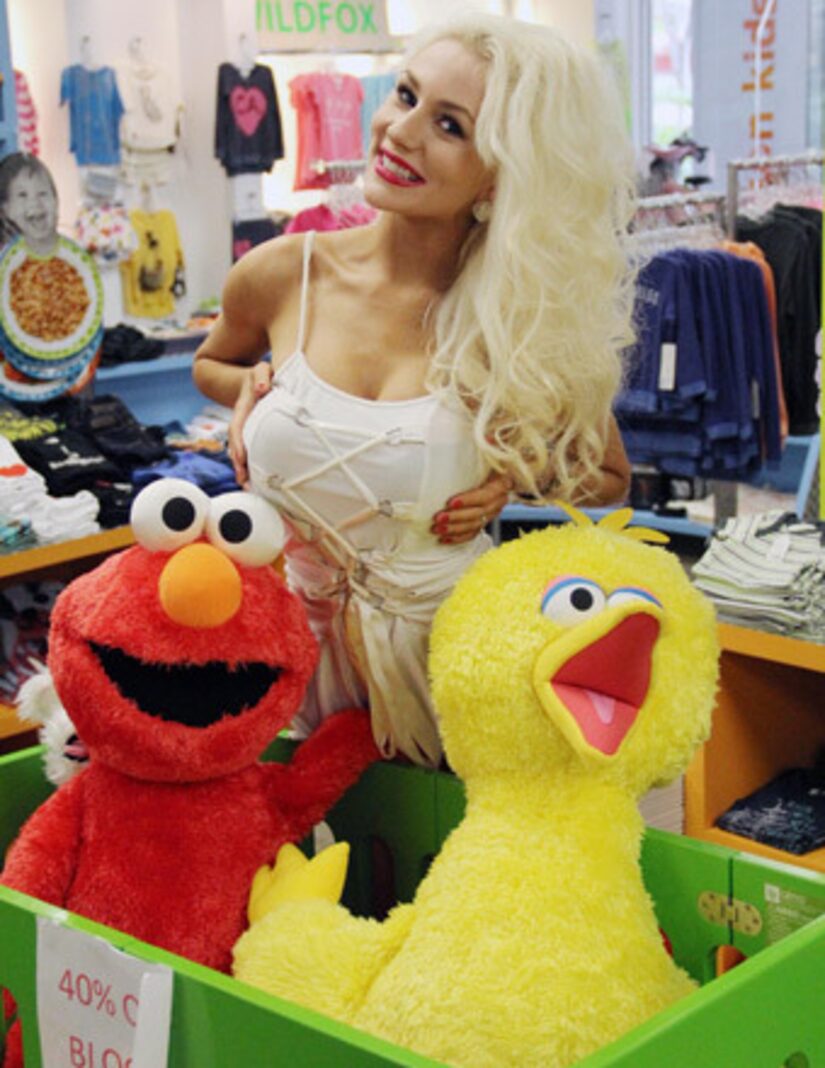 Reality star Courtney Stodden was busting out of a tight black tank top while shopping in L.A. on Friday, just one week after having a boob job to enlarge her breasts from a C-cup to a DD. Shockingly, the picture below is pre-surgery, see her new look here.

The platinum blonde 18-year-old and her husband Doug Hutchinson, 53, were spotted grabbing coffee at Starbucks after shopping for gardening supplies and lamps, says the Daily Mail.

This is the teen bride's first public outing since the surgery, which she reportedly filmed, although she did remove her bandages and don a black bikini top for a racy photo shoot last week. See below.

“No one encouraged me, it was all me," Stodden told E! News. "He (Doug) was actually kind of against it at first and we got into little debates about it, but I won and here I am.”

Stodden and Hutchinson, who wed when she was 16 and he was 51, are best known for their participation in the VH1 reality show “Couples Therapy.”