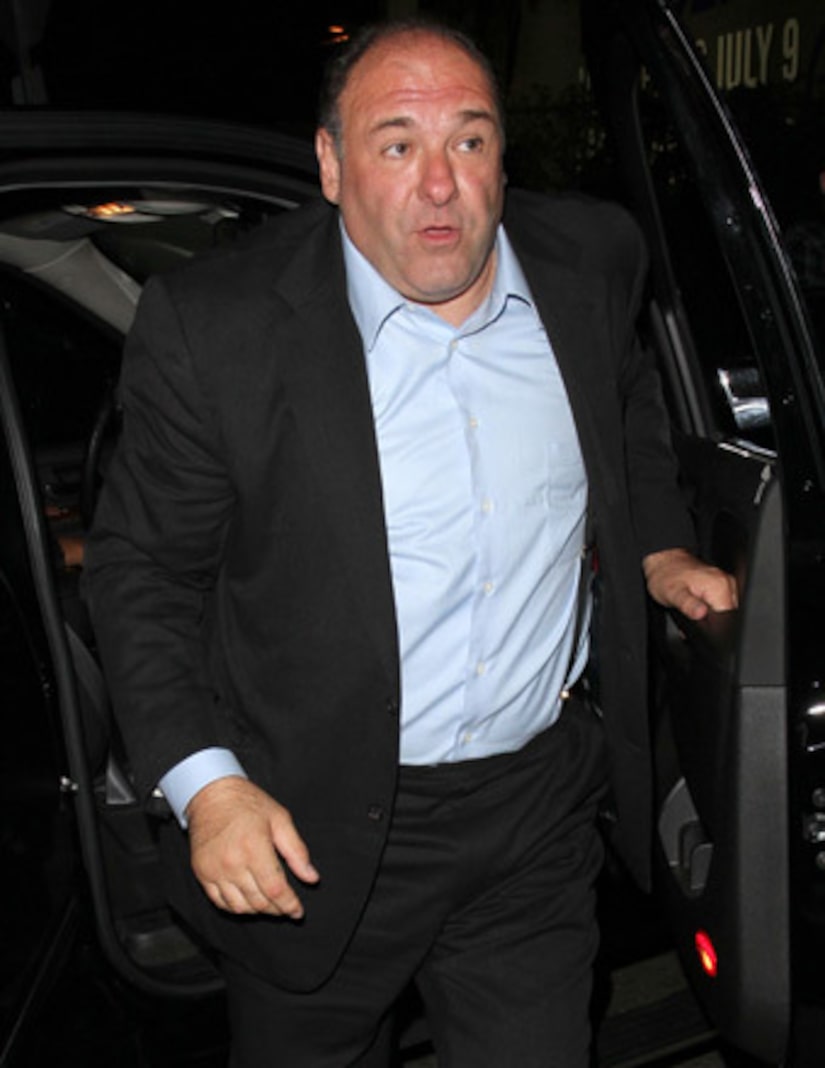 “Sopranos” star James Gandolfini sat down to a giant dinner, including at least eight alcoholic beverages, before suffering a heart attack, reports the New York Post.

The boozy repast in Rome reportedly included four shots of rum, two piña coladas and two beers, along with back-to-back orders of fried king prawns slathered in a mayonnaise chili sauce, and a “large portion” of foie gras, a source told the paper.

Gandolfini did not share his meal with son Michael, 13, who had his own dinner and two virgin piña coladas.

The insider commented, “Everything [Gandolfini] ordered was fried. Obviously, that's going to cause problems with your heart.” 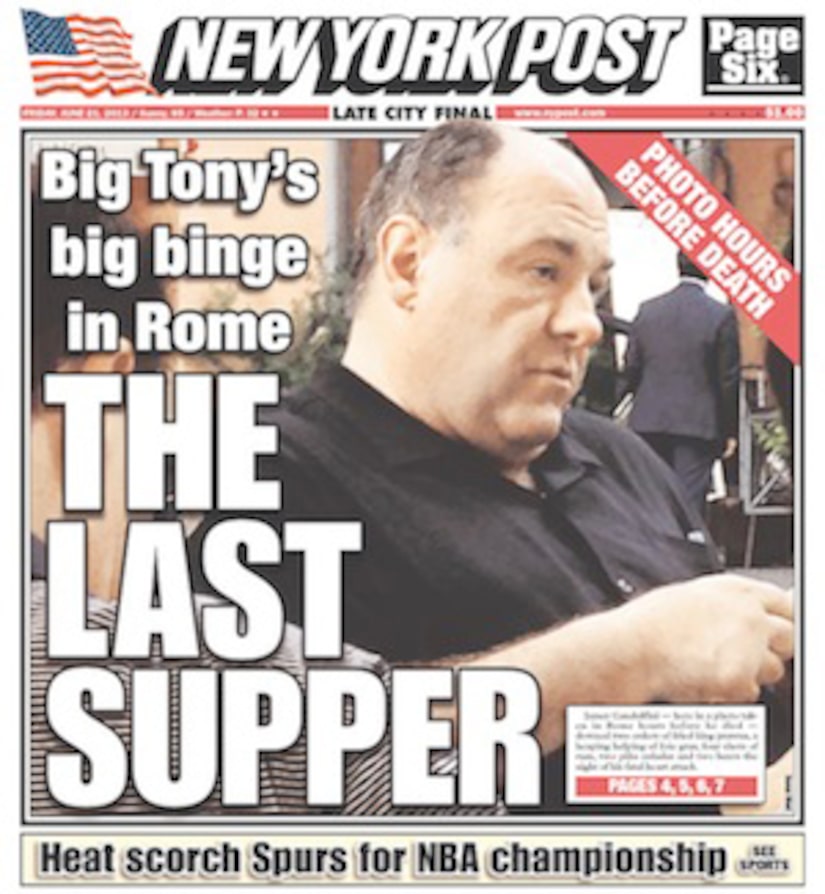 The Post claims that the actor had been attending Alcoholics Anonymous meetings in the West Village prior to his death, with a source saying, “I can confirm he has been known to blow lines and drink like an Irish sailor on weekend leave.”

Gandolfini's addictions first came to light during his 2002 divorce from first wife Marcy Wudarski. She accused him of going on benders, having kinky sex with other women and doing cocaine with his “Sopranos” castmates. He claimed she was mentally unstable.

At a news conference on Friday, spokesman for the family, Michael Kobold, explained the autopsy results, saying that the 51-year-old “died of a heart attack of natural causes” and “nothing else was found in his system.”

"James came here on vacation with family," Kobold said. "On Wednesday he went to visit the Vatican, and had dinner at the hotel with his son while waiting for his sister ... All are devastated for his loss. He was a loving father." 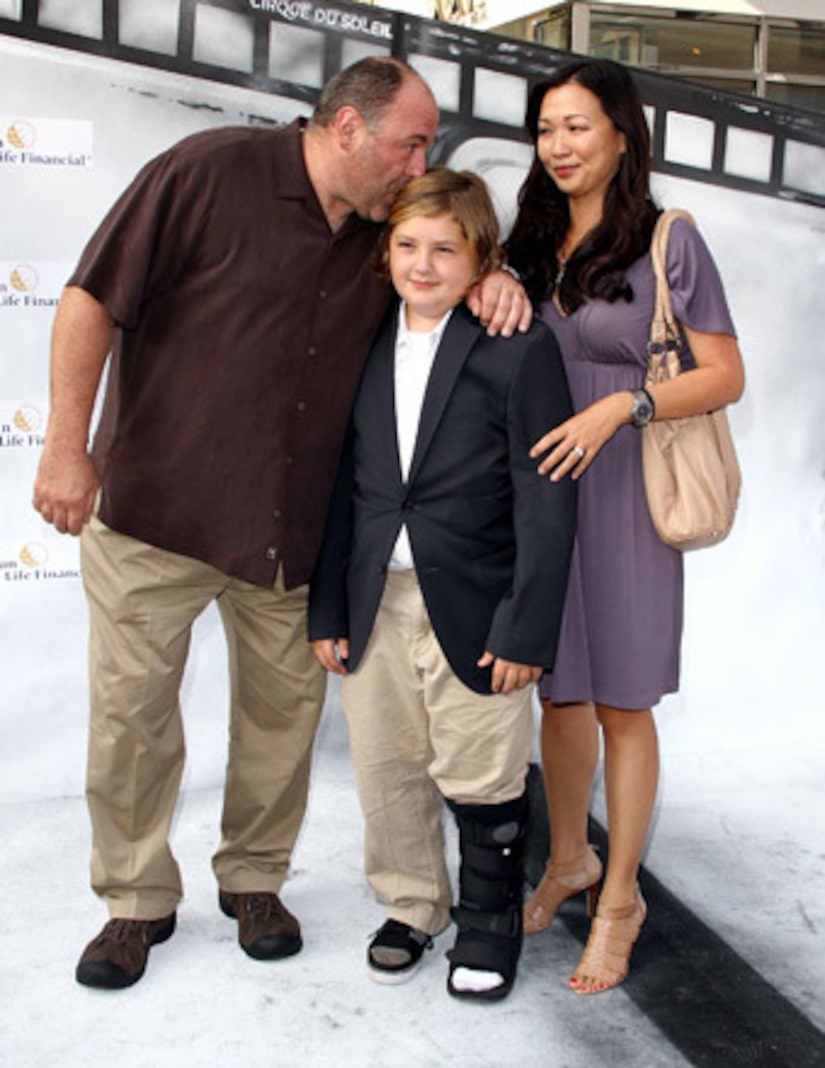 He added that the family hopes that Rome officials can release the actor's body soon, so they can hold a funeral in New York City next week.

According to NBC News, Michael found his father on the bathroom floor of their room at Hotel Boscolo on Wednesday night. The star was alive but in distress as Michael called for help. Employees tried to revive the actor as they waited for emergency services to arrive.

Gandolfini was reportedly alive as he was rushed to the Policlinico Umberto I hospital just three minutes away, where they were unable to revive him.

UPDATE: The Daily Mail reports that Gandolfini's relatives "categorically denied" reports that Gandolfini had enjoyed rich food and drink the night he died. Family friend Michael Kobold said in a press conference, "It's nonsense. There was nothing out of the ordinary [in the autopsy report]. No substance abuse, none of that. Jim was happy, he was healthy, he was doing really fine."