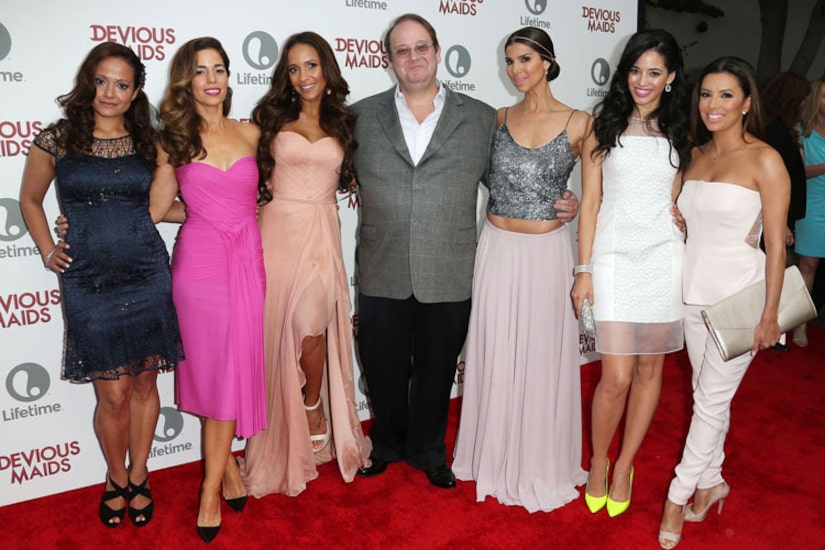 The new Lifetime soap "Devious Maids" is facing criticism in advance of its Sunday premiere, with one outlet alleging that it promotes Latina stereotypes. Nonsense, says Exec. Producer Eva Longoria.

Executive producer Eva Longoria defended the series, saying that even though maids might be "a realistic reflection of Latinas in America today... they are not a reflection of every Latina."

The former "Desperate Housewives" star continued, "As an executive producer, I choose to break the cycle of ignorance by bringing to light something we have not seen before… the stereotype we are grappling with here is that as Latinas, all we are is maids. And yet, this is a show that deconstructs the stereotype by showing us that maids are so much more."

See when "Extra" was on the set of "Devious Maids"!

Tune-in to the new series Sunday at 10PM on Lifetime.