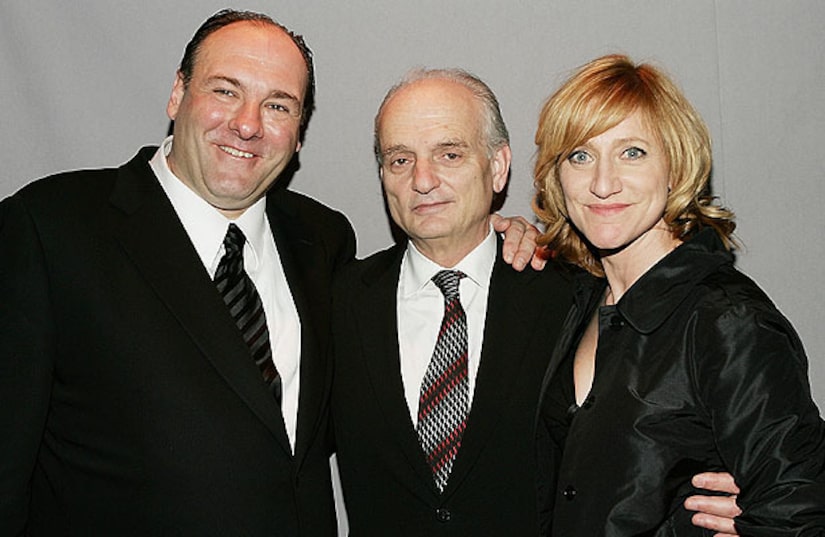 As news spread that “The Sopranos” star James Gandolfini died Wednesday of a heart attack, those who knew him well and other celebrities expressed their condolences.

“Sopranos” creator David Chase said in a statement, “He was a genius. Anyone who saw him even in the smallest of his performances knows that. He is one of the greatest actors of this or any time. A great deal of that genius resided in those sad eyes. I remember telling him many times, 'You don't get it. You're like Mozart.' There would be silence at the other end of the phone.”

Chase concluded, “For Deborah and Michael and Liliana this is crushing. And it's bad for the rest of the world. He wasn't easy sometimes. But he was my partner, he was my brother in ways I can't explain and never will be able to explain.”

Edie Falco, who played Tony Sopranos' long-suffering wife Carmela, said, "I am shocked and devastated by Jim's passing. I consider myself very lucky to have spent 10 years as his close colleague. My heart goes out to his family. As those of us in his pretend one hold on to the memories of our intense and beautiful time together. The love between Tony and Carmela was one of the greatest I've ever known."

Other "Sopranos" co-stars expressed their grief. Lorraine Bracco, who played Tony's therapist Dr. Jennifer Melfi, said, "We lost a giant today. I am utterly heartbroken," while Michael Imperioli, who played Christopher Moltisanti, stated, "Jimmy treated us all like family with a generosity, loyalty and compassion that is rare in this world. Working with him was a pleasure and a privilege. I will be forever grateful having had a friend the likes of Jimmy."

Jamie-Lynn Sigler, who portrayed Tony's daughter Meadow, added, “I spent 10 years of my life studying and admiring one of the most brilliant actors, yes, but more importantly one of the greatest men. Jim had the ability, unbeknownst to him, to make you feel like everything would be alright if he was around.”

HBO also released a statement. “We're all in shock and feeling immeasurable sadness at the loss of a beloved member of our family. He was special man, a great talent, but more importantly a gentle and loving person who treated everyone no matter their title or position with equal respect. He touched so many of us over the years with his humor, his warmth and his humility. Our hearts go out to his wife and children during this terrible time. He will be deeply missed by all of us.”

Here are other celeb tweets:

Jeff Daniels: "If Broadway has a version of a guy you want in your foxhole, Jim Gandolfini was mine. During our time together in 'GOD OF CARNAGE,' we played 320 performances together. He didn't miss one. Sadly, I now miss him like a brother."

Jonah Hill: “I'm truly heartbroken to hear that James Gandolfini has passed away. He is one of my all time favorite actors. Tragic loss.”

Kristen Johnson: “James Gandolfini was one of the sweetest, loveliest men. He loved theater. I saw him @ Xmas & we laughed so hard. A great, great loss””

Nia Vardalos: “Oh James Gandolfini, you left us much too soon.”