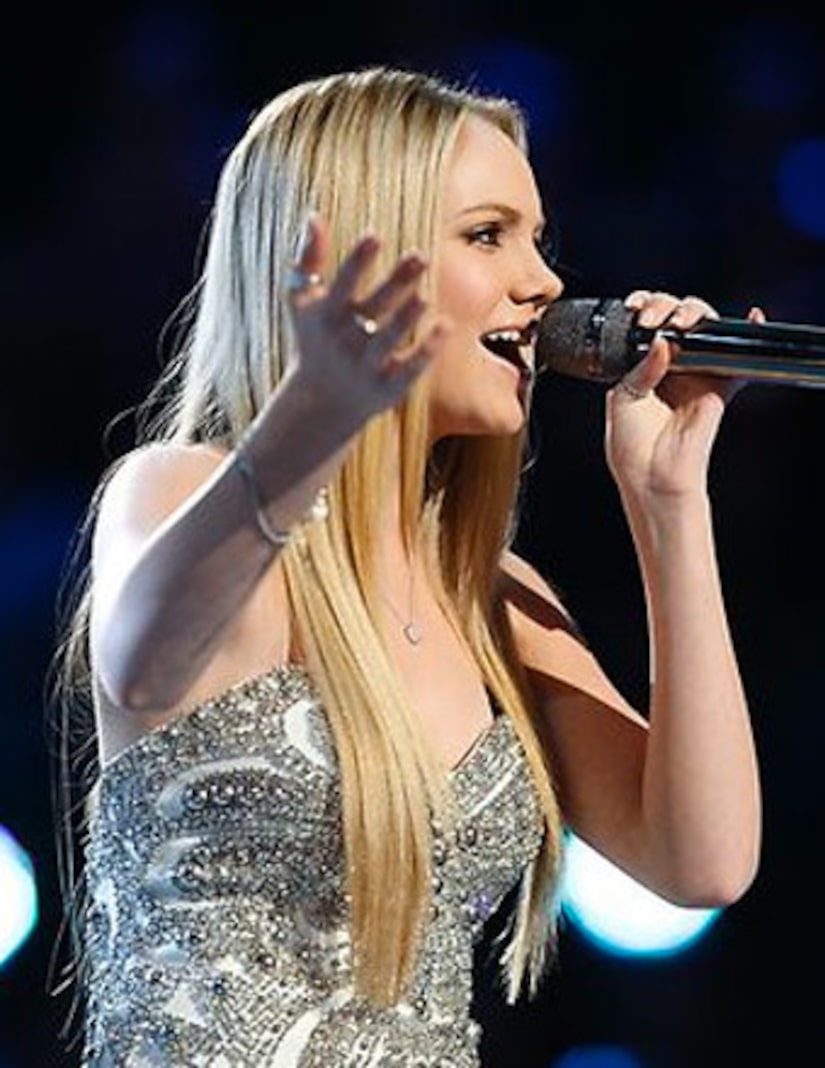 Danielle Bradbery is the winner of “The Voice”… according to Adam Levine. Of course, it’s up to America – not Adam – to decide who takes the crown Tuesday night in the heated competition between the top three, Danielle, Michelle Chamuel and the Swon brothers, Colton and Zach.

Monday night saw contestants teamed with their coaches, bringing back the songs that marked their defining moment this season and singing fresh covers. As of last week's elimination episode, Adam and Shakira no longer have singers in the competition.

Blake Shelton’s Swon brothers had Shakira waving her “Go Okies” flag as they began the show with the Eagles’ “I Can’t Tell You Why.” Usher joked that they finally found their “girl voices” and that all they were missing was “the third Bee Gee.” The pair later revisited “Danny’s Song” and teamed up with Blake for Brad Paisley’s “Celebrity.”

The Swons, who never thought they would make it this far, felt a bit of relief after Monday's show. Colton told "Extra," “Tonight it was like, you’re itching to be done, not because you want this to end, but it is the last time the pressure is on.”

Michelle revisited Taylor Swift with “I Knew You Were Trouble,” before wowing with Annie Lennox's "Why." The song had Usher gushing about Michelle's "likeability" and "capability." The two later teamed up for an emotional rendition of U2’s “One.”

Speaking about “One,” Michelle said, “It is a classic song and one of the best-written songs and tracks that comes to my mind and it is also about unity, so that in itself was a big part of it… it was about singing one of our favorite records and being able to do that together… to ‘carry each other.’”

Danielle started off by teaming with Blake for Patty Loveless’ “Timber, I’m Falling in Love,” then won over Adam when she sang Pam Tillis’ “Maybe It Was Memphis” for the second time this season.

“I have always been insanely jealous of Blake for snagging you back in the beginning of this and I still am… I’m just going to go ahead and say it: I think Danielle is the winner of this thing,” Levine declared. After the show, the Texan told us that Adam’s support was “amazing.”

After her final performance of Sara Evans’ “Born to Fly,” Blake told her, “I’m one of the millions out there that you have wrapped around your finger.”

Danielle explained later, “I am proud of how confident I’ve become, I feel like I’m becoming more of an artist and going out and performing like a real artist should be. I’m just going to keep trying, and Blake’s right by my side to help me.”

Watch as the winner is crowned, Tuesday on NBC.