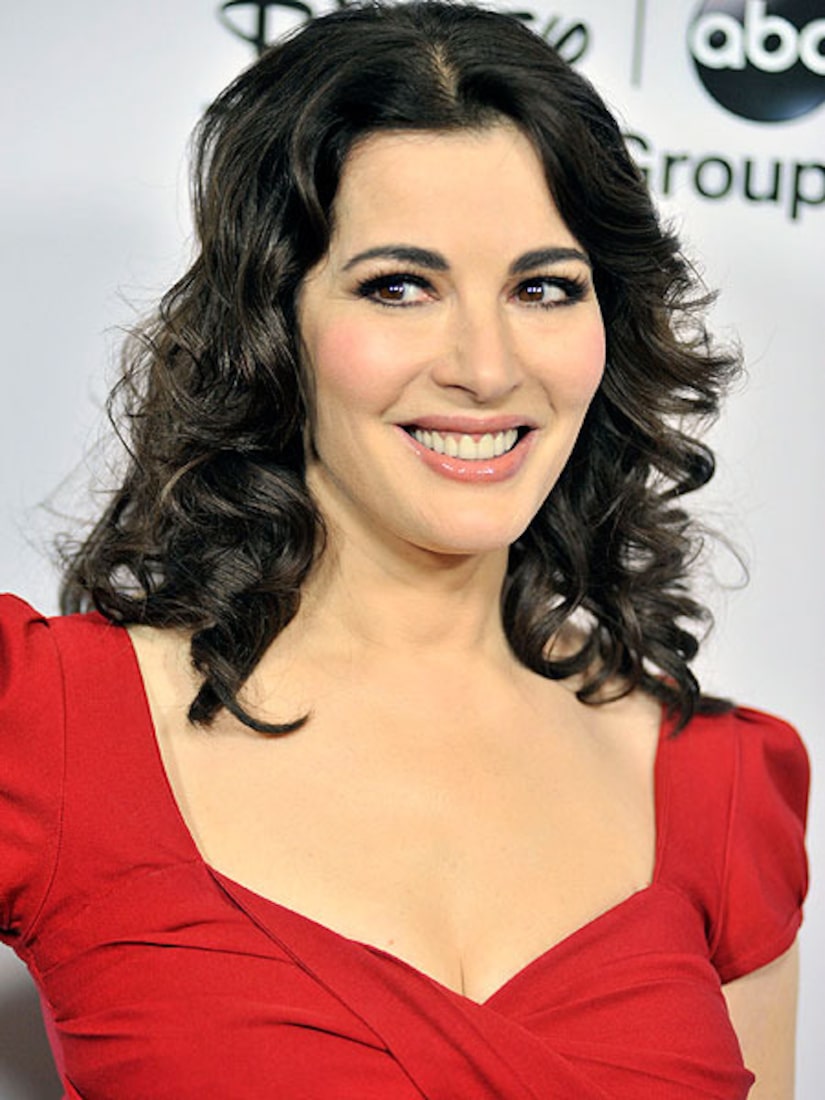 The London Evening Standard reports Saatchi spoke with police officers about the incident after seeking legal advice, and was issued a “police caution.”

He told the paper, "Although Nigella made no complaint, I volunteered to go to Charing Cross (police) station and take a police caution after a discussion with my lawyer because I thought it was better than the alternative of this hanging over all of us for months.”

Saatchi agreed that the dramatic photos posted of the incident at a London restaurant were “horrific, but give a far more drastic and violent impression of what took place."

He further explained, "About a week ago, we were sitting outside a restaurant having an intense debate about the children, and I held Nigella's neck repeatedly while attempting to emphasize my point. There was no grip, it was a playful tiff."

Under British law, a caution is a formal warning given to someone who admits an offense. It carries no penalty, but it can be used as evidence of bad character if a person is later prosecuted for a different crime.