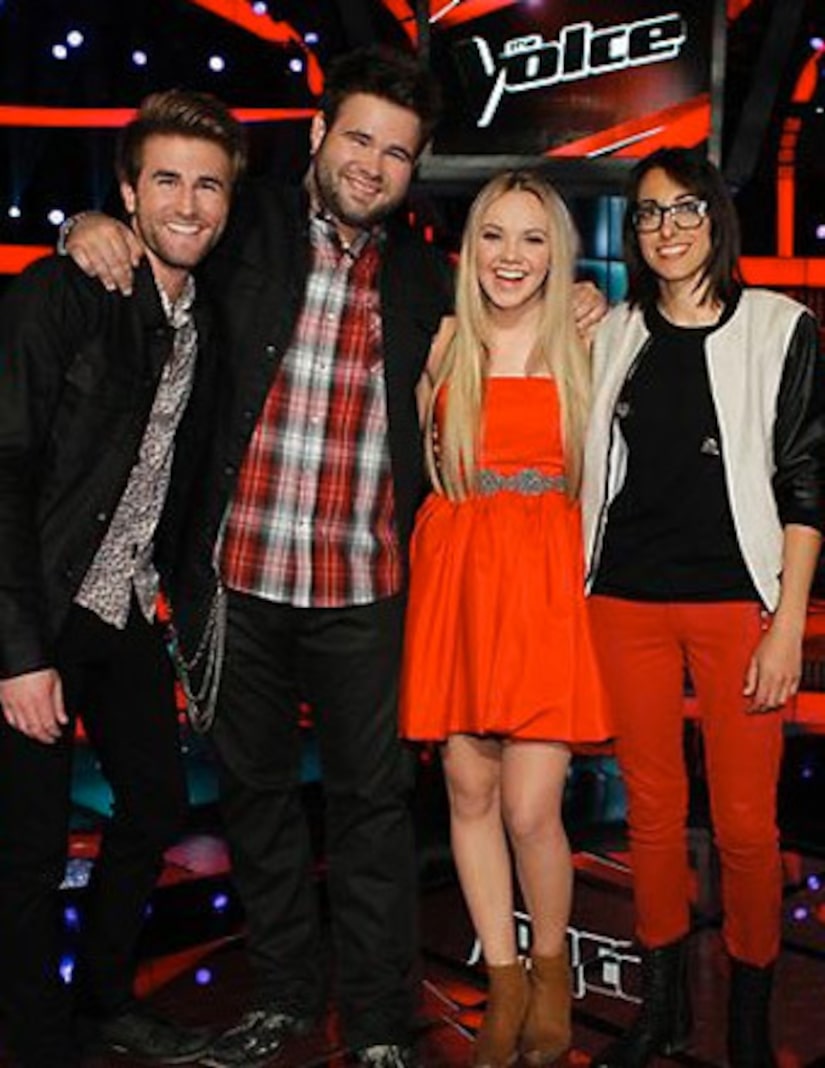 Finalists Danielle Bradbery, Michelle Chamuel and the Swon Brothers, Colton and Zach, will be singing for their lives on Monday night as they vie for the top spot on “The Voice.”

They won't have to carry the entire two-hour performance finale on their own. According to Eonline.com, the four coaches, Shakira, Usher, Adam Levine and Blake Shelton, will be singing The Beatles hit, “I Get By with a Little Help From My Friends.”

Contestants will also get the chance to perform a duet with famous artists. So far, Hunter Hayes is set to sing “I Want Crazy” and OneRepublic will perform “Counting Stars,” but so far, pairings have not been announced.