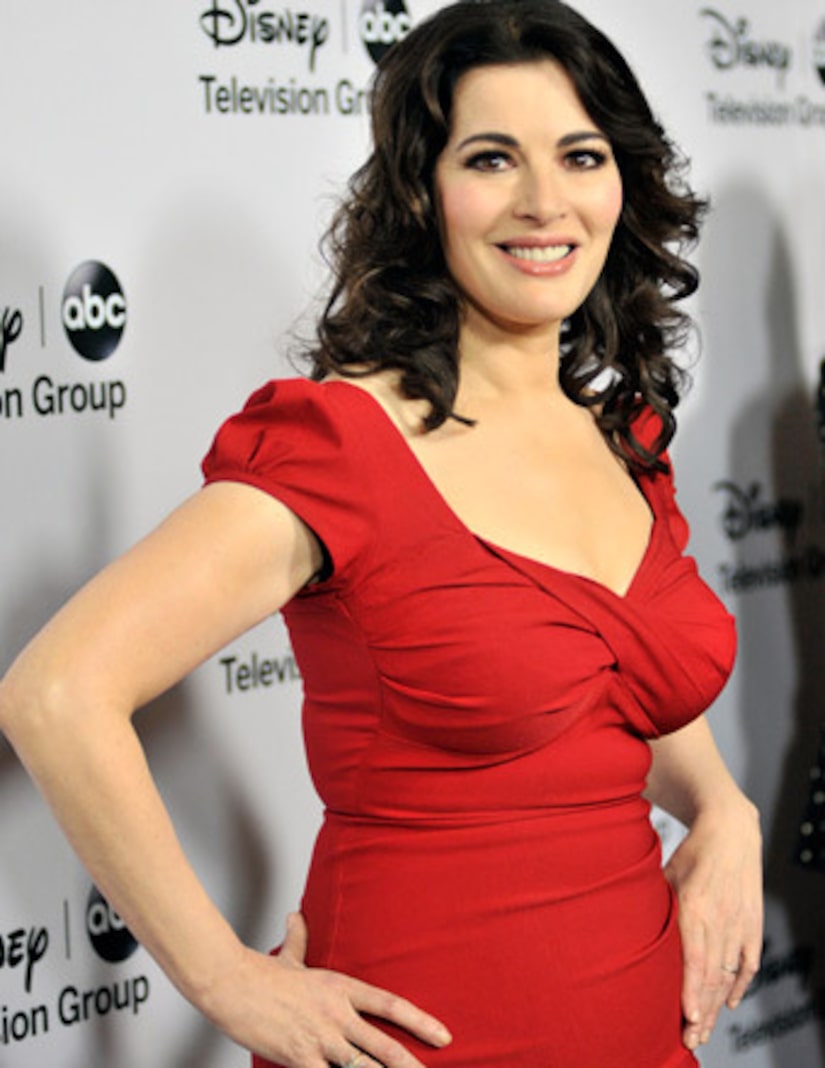 The Mirror's Sunday People published the photos, believed to have been snapped at Saatchi's 70th birthday dinner at Scott's in the Mayfair district on June 9. In one image the man's hands are clenching her neck, in another he appears to be grabbing for her nose. Check out the video to see the pics.

An eyewitness told The Mirror, "It was utterly shocking to watch. I have no doubt she was scared. It was horrific, really. She was very tearful and was constantly dabbing her eyes."

Saatchi, an ad man, art collector and columnist for the Evening Standard, told the Standard, it was a “playful tiff.”

"About a week ago, we were sitting outside a restaurant having an intense debate about the children, and I held Nigella's neck repeatedly while attempting to emphasize my point," he said. "There was no grip, it was a playful tiff."

He claims the couple has since made up, and that he suggested Nigella, 53, take the children and leave their London home “until the dust settled.” 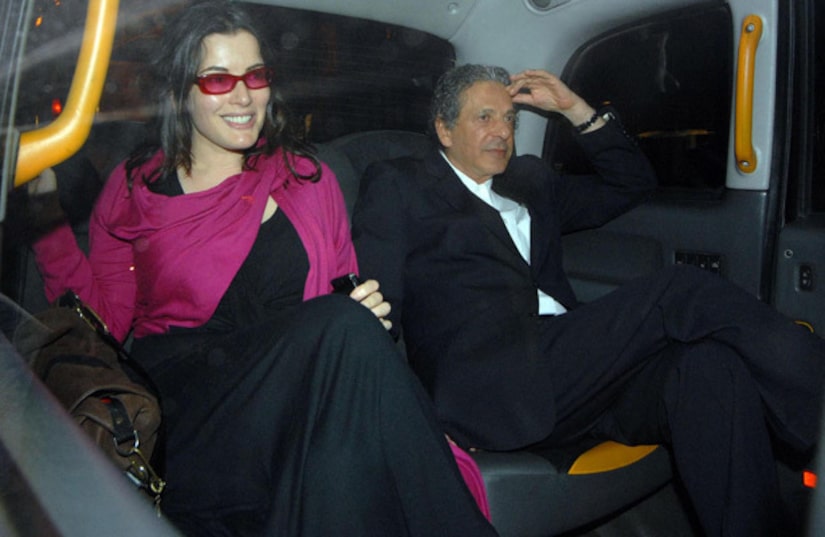 A Scotland Yard spokesman told ABC that officers are looking "to establish the facts in order to assess whether an investigation is necessary."

Lawson, who wed Charles in 2003, is best known for her popular cookbooks and foodie shows “Nigella Bites” and “The Taste.”

Nigella has a son and daughter from her marriage to late journalist John Diamond, who died of cancer in 2001. Saatchi has one daughter from a previous marriage.