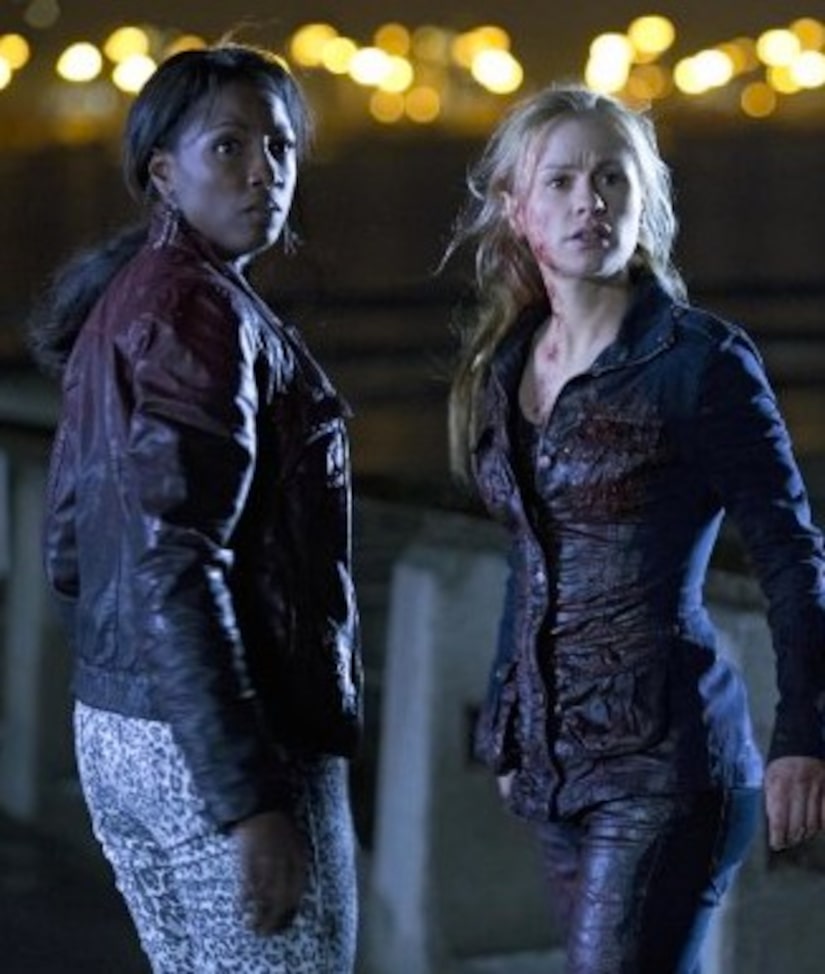 Sookie, Bill, Eric and the rest of the “True Blood” gang are back for more crazy times in Bon Temps as Season 6 of the hit HBO premieres on Sunday… exactly how wild is it going to get?

At the end of Season 5, it looks like our favorite characters are all gearing up for war, mostly between humans and vampires. Head vampire Bill (Stephen Moyer) takes a nasty turn toward the dark side after drinking the ancient blood of the original queen vampire, Lillith.

“Billith” sets in motion a literal blood bath when he blows up the factories that make TruBlood, the blood substitute that keeps vamps away from humans, thus creating for vampires a need for the real thing. It's clear Bill no longer values human life. Yes, that even includes his once beloved Sookie Stackhouse (Anna Paquin).

As the new season begins, here are some important questions:

-- Will Bill snap out of it? Sookie and begrudging hero Eric (Alexander Skarsgaard) will more than likely try and bring the old Bill back, but it's not looking good. The truce between the humans and vampires is definitely broken, and the humans are going to fight back.

-- Are the rest of the “good” vampires, especially Pam (Kristin Bauer van Straten) and newbie Tara (Rutina Wesley), going to turn deadly now that's there is no more TruBlood? And speaking of Pam and Tara, they make out at the end of Season 5… what's up with that?

-- What about the werewolves… how are they going to fit in? Alcide (Joe Manganiello) has become leader of the pack and has some major house cleaning to do, but will they join forces with the humans to battle the vamps? More importantly, will Alcide have more hot sex with Rikki (Kelly Overton)?

-- Is Jason really going to be a vampire-hating radical? Last season he begged Jessica (Deborah Ann Woll) to glamour him so he'd forget how much he loves her. She does it, but then attempts to win him back, to no avail. Jason is listening to his racist phantom parents now, and they are telling him to kill bloodsuckers on sight.

-- In faerie world, will Sookie (as a faerie descendant of the Stackhouse family) finally meet this ancient vampire Warlow, to whom she was promised 300 years ago? And how is Andy (Chris Bauer) going to handle being a dad to four daughters, half human, half faerie… and will Andy's GF Holly (Lauren Bowles) going along with it?

Other things to consider include: Will Luna and Sam (Sam Trammell) make it out of the Authority? How will Lafayette (Nelsan Ellis) use his sorcerer powers to help out? Is Arlene's (Carrie Preston) once-possessed baby going to make another appearance? What happened to new vampire Steve Newlin (Michael McMillian) after his love Russell (Denis O'Hare) was obliterated by Eric?

Guess we'll have to tune in on Sunday to find out…