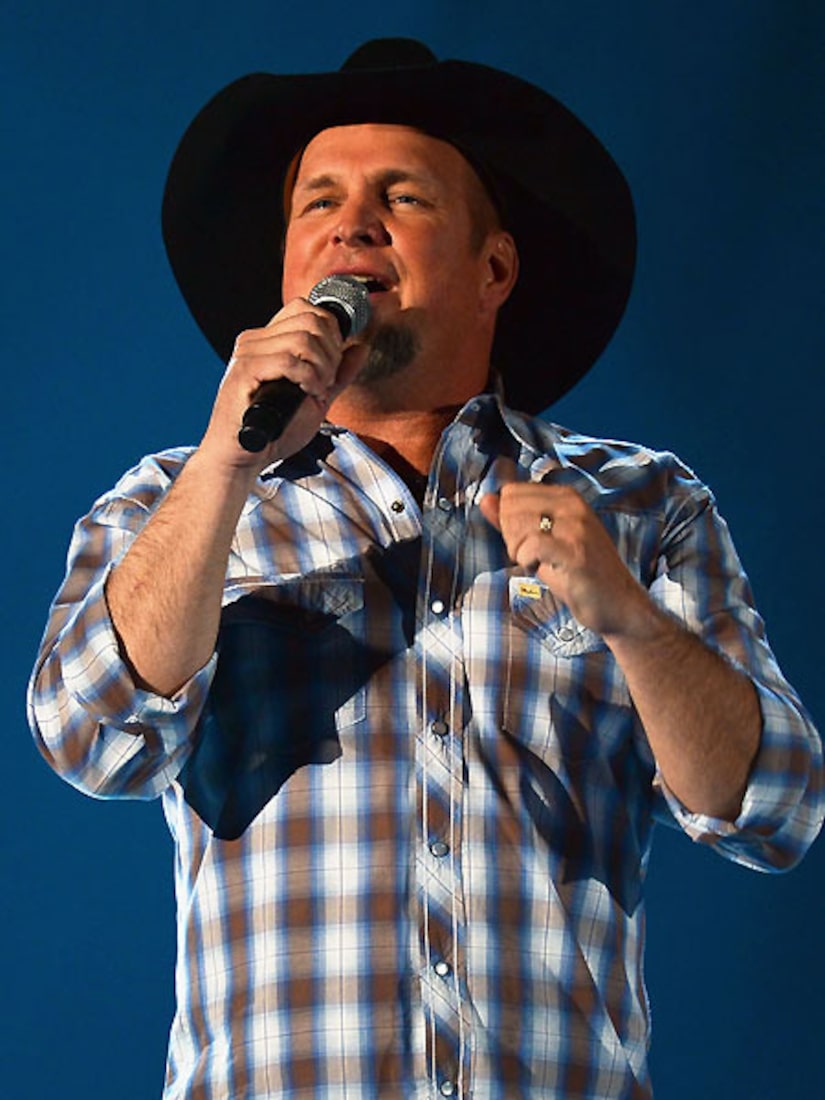 Brooks will join Toby Keith, Willie Nelson, Trisha Yearwood and Ronnie Dunn for a July 6 benefit concert on to for tornado victims in Oklahoma. The concert will be held at the University of Oklahoma's Gaylord Family Stadium at Owen Field.

Brooks told Tulsa World, “Once we got the news that the tornado had hit Toby's hometown, Miss Yearwood and I told Toby we were at his service for whatever he chose to do… I am amazed at the human spirit the tornado victims have shown. I am humbled by the giving of the volunteers. It is an honor to get to be a part of this healing process.”

Garth Brooks retired from touring in 2000, but it's rumored that he'll take up touring again when his kids go off to school. Brooks has three daughters from his first marriage; Taylor, 21, August, 19, and Allie, 17.