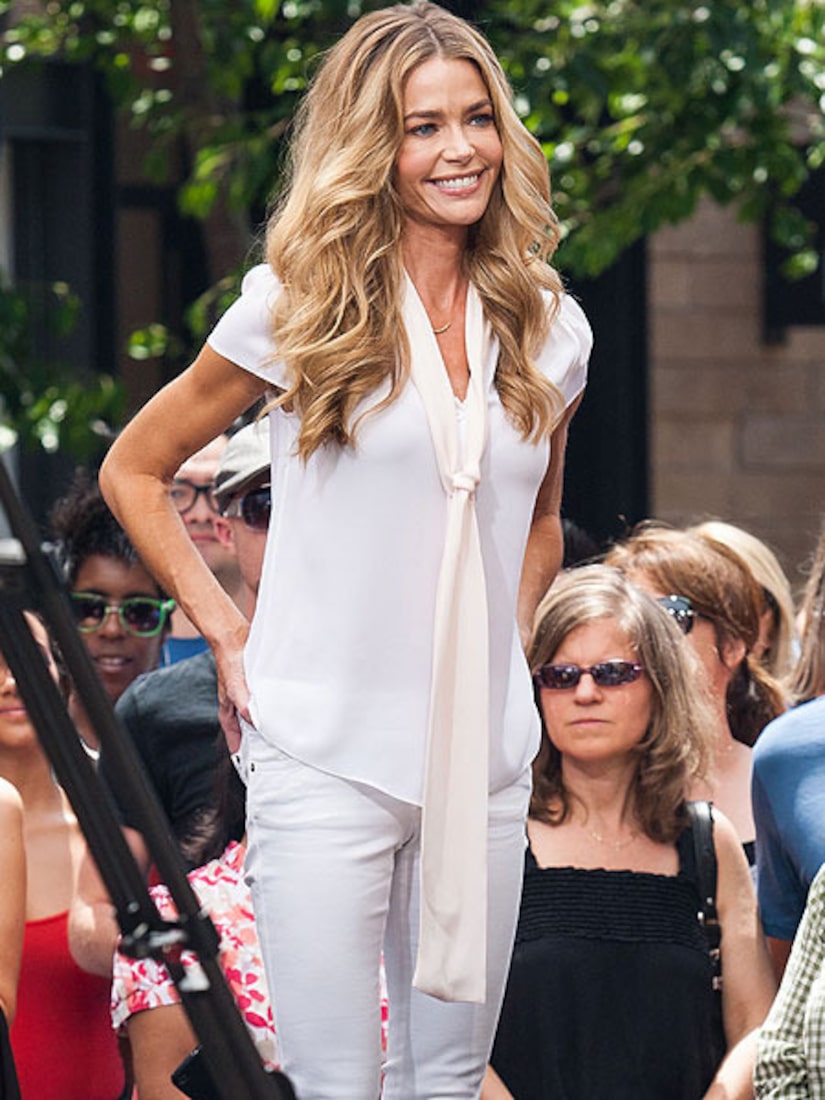 Actress Denise Richards stopped by The Grove to talk with “Extra’s” Renee Bargh about her new role in ABC Family’s “Twisted.”

Richards also opened up on the comments that she is too thin, and about Father’s Day plans with ex-husband Charlie Sheen.

The mom said she has something planned for Sheen. “He's very sentimental, so the kids always do something they make and personalize. It’s a family day.”

As for her weight, Denise said she was surprised by all the headlines saying she looked alarmingly thin. “Two years ago they said I was too fat… But, I'm very honest and I'd be the first to say if there's a problem. I’ve never felt better. I feel very healthy and good.”

Denise also said she appreciated Charlie defending her on Twitter. She laughed, “He's vocal… and a loose cannon, which is fun sometimes. I appreciate it. We're very supportive of each other.”

On the ABC Family show “Twisted,” Denise described it as “mysterious, fun, with a lot of unexpected twists and turns.”