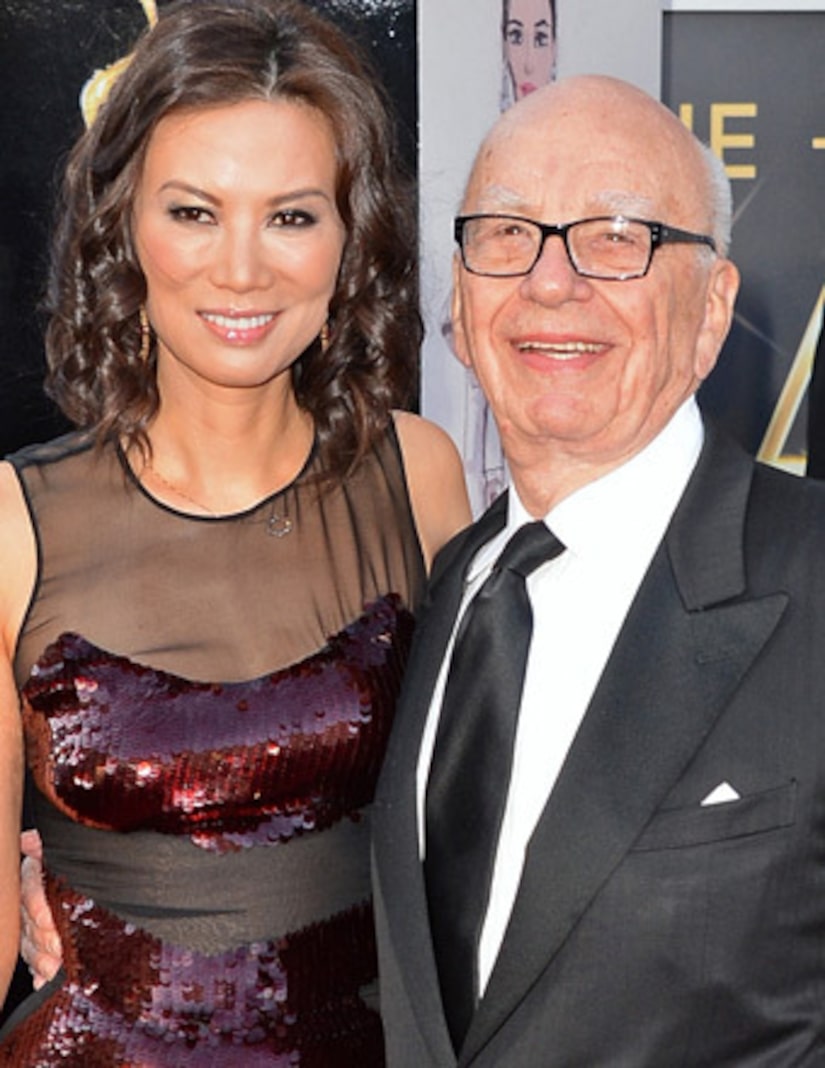 It's appears to be over between multi-billionaire News Corporation Chairman and CEO Rupert Murdoch and wife Wendi Deng. The media mogul filed for divorce from the Yale-educated businesswoman on Thursday, according to Deadline.

Murdoch, 82, and Deng, 44, met at a company party in Hong Kong in 1997 and wed in 1999 -- just three weeks after Murdoch's divorce from Anna Maria Torv was finalized. Rupert and Wendi have two children together, Grace and Chloe.

No word yet on the Murdochs' prenup, however, they likely have one... since Rupert was forced to pay $1.7 billion to ex-wife Anna in 1999.

Wendi was relatively unknown to the public until an infamous pie incident in 2011, while Rupert was giving testimony before the British parliamentary subcommittee regarding a phone hacking scandal, someone attacked him with a cream pie.

Mrs. Murdoch, 44, instinctively vaulted out of her chair to protect him. Watch!