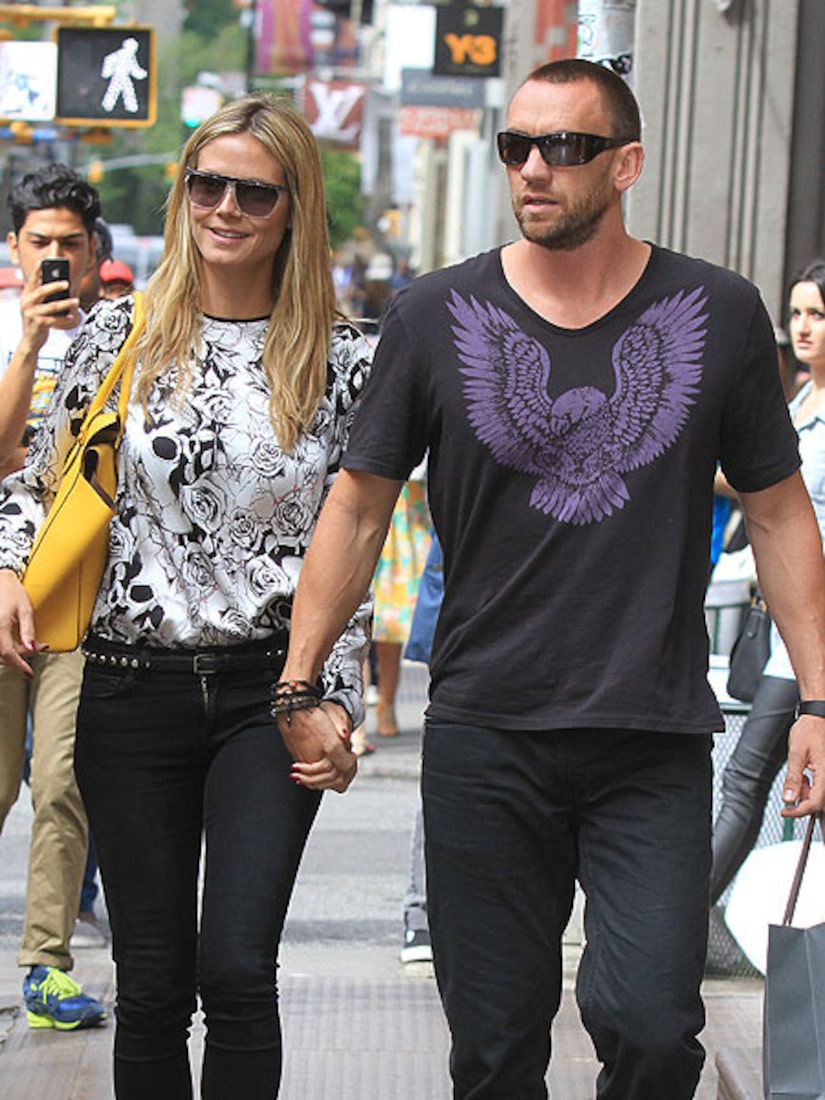 If they had a heated argument over the weekend, Heidi Klum and bodyguard boyfriend Martin Kristen didn't show any signs of it in the days that followed.

The New York Post reported that they two were spotted getting into a spat at a NYC restaurant on Sunday. “They had been drinking with a male friend at a table, and things became heated very quickly,” a fellow diner revealed to the Post.

Klum was seen storming out of the eatery, trying unsuccessfully to hail a cab and then standing in the doorway, looking upset. Kristen eventually came out and spoke with Heidi, but then he left as the “America's Got Talent” judge went back inside the restaurant.

Yet on Wednesday, all seemed well. Klum and Kristen were snapped having a romantic lunch and walk together. See more pics here.

A friend of Klum's told the Post, “All couples have disagreements, but most don't get recognized when they have them.”

The supermodel began dating her bodyguard last year following her split with Seal.