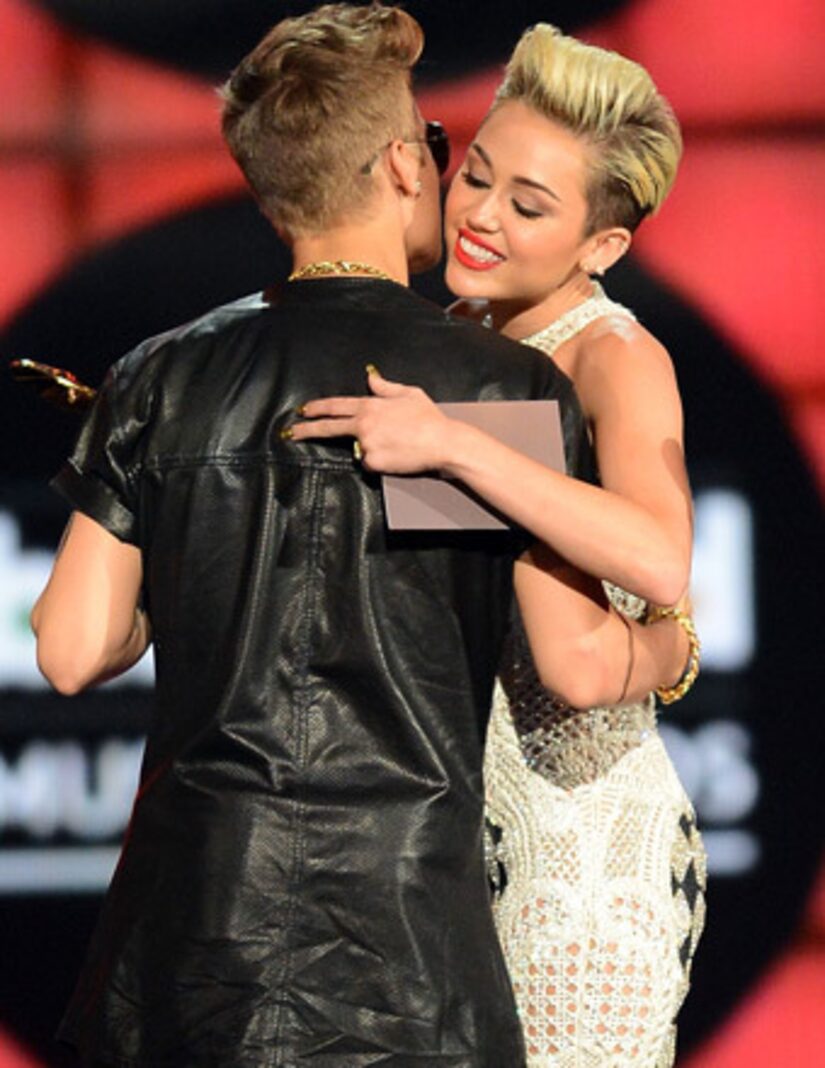 Singers Justin Bieber and Miley Cyrus were reportedly caught getting their flirt on at Hollywood hotspot Beacher’s Madhouse at the Roosevelt Hotel early Sunday morning.

Sources told TMZ that Justin showed up at the celebrity haunt around 1:50 AM and made a beeline straight for Miley, who is reportedly a regular there. Laughing and flirting ensued. About 15 minutes later, they took off.

It seems that Cyrus and Bieber, who have been friends for years, were hanging out on Saturday, too. Justin’s garish leopard-print Audi was seen leaving her house just hours before the nightclub rendezvous. 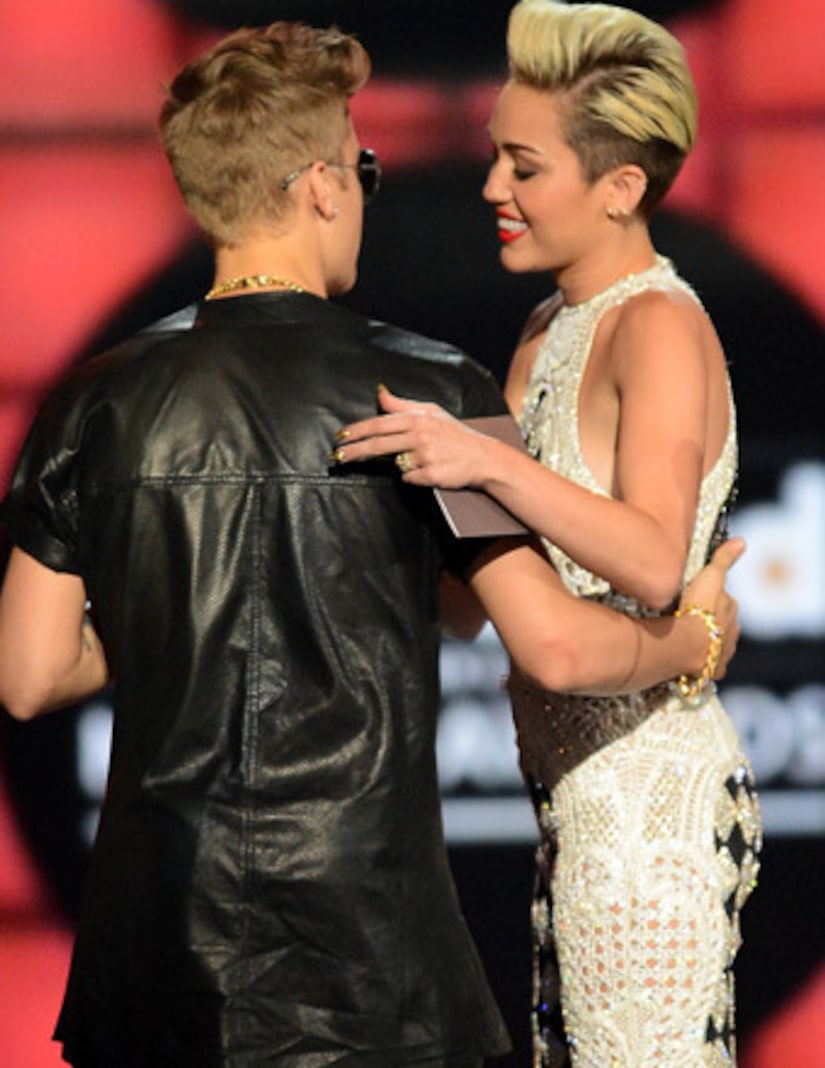 No word on the latest with Miley’s relationship with fiancé Liam Hemsworth, which may be on the rocks.

UPDATE: Miley, who has tried to keep her relationship with Liam private the past few months, quashed rumors of a romance with Justin on Hot 99.5's Kane Show. She told the deejay, "I'm engaged. I'm engaged, that is impossible."

Listen to the audio!

Miley also spoke to "Extra's" Renee Bargh at the Billboard Music Awards and chatted about a possible collaboration with Justin Bieber.