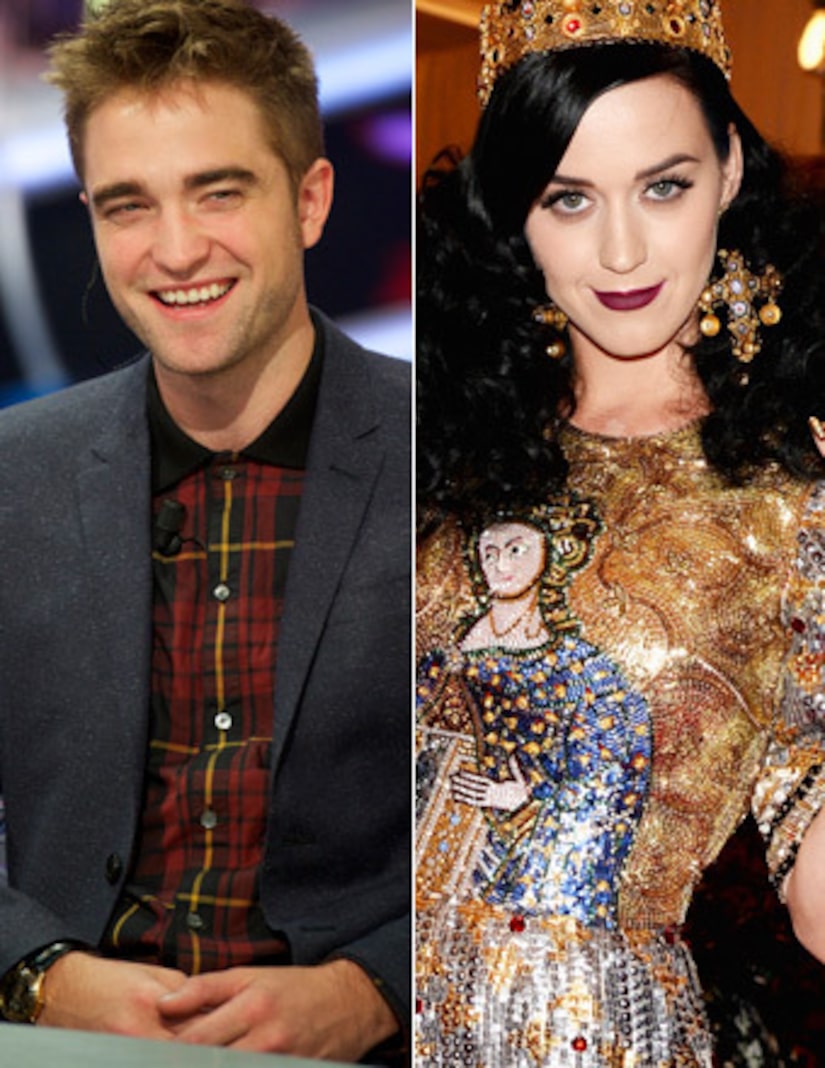 Katy Perry and Rob Pattinson hit the Hollywood scene on Saturday night, taking in a Bjork concert at the Palladium. This is the second sighting of the pair in recent weeks, but whether or not they are dating remains a mystery.

A source told X17, "They had planned to meet up before going inside to the concert. They must have been coordinating on their cellphones because they pulled up next to each other in the parking lot, rolled down the windows and were talking. They parked and then met at the door and went inside together.”

The twosome sat together during the show, but "Katy came out the back door by herself, trying not to be noticed. She was looking around to see if there were any photographers. She definitely didn't want to be shot with Rob," the eyewitness added.

Over Memorial Day weekend, Katy and Rob crashed a wedding rehearsal at San Ysidro Ranch in Montecito near Santa Barbara. Guest Stephanie Sands told People, "There was no PDA between them and no body language that showed they were dating. They just sat together and watched."

One theory is that Rob is leaning on Katy for support through his breakup with “Twilight” co-star Kristen Stewart. Meanwhile, Perry is reportedly reconciling with ex John Mayer.

Another told E! News, "They are just hanging out. They are not putting a label on it."