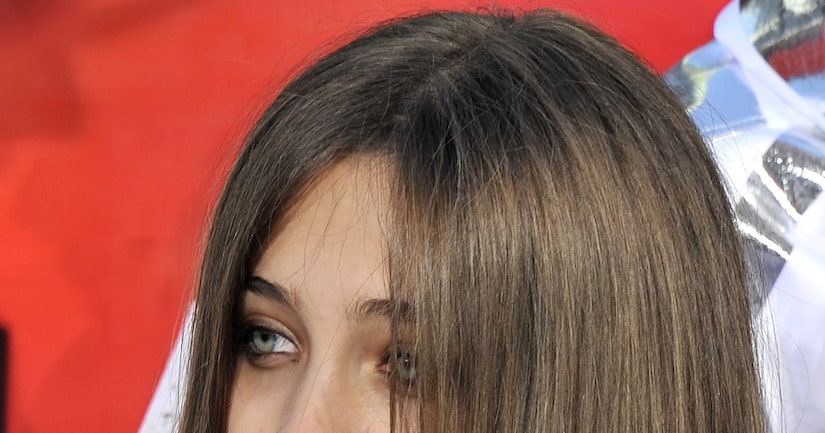 As young Paris Jackson recovers from an apparent suicide attempt earlier this week, questions are being asked about why she did it, while others are showing their support.

There were reports that Paris was upset hours prior to attempting suicide when she was told she wasn't allowed to attend the Alice Cooper/Marilyn Manson “Masters of Madness: Shock Therapy” tour.

After learning about the incident, Manson sent a message, saying, "I hope you feel better. You will be on my guest list anytime you want." At the kickoff concert in L.A. on Thursday, Manson dedicated the song “Disposable Teenagers” to Paris.

Alice Cooper told “Extra,” “She's under a lot pressure right now… She's 15 years old. I have two girls, and I know what 15-year-old girls are like.”

The suicide attempt is of great concern to the 15-year-old's family. People.com reports co-guardian grandmother Katherine Jackson, biological mother Debbie Rowe and co-guardian cousin TJ Jackson are going to meet to discuss the best plan of action for Paris.

Paris has been spending more time with Rowe because, although she's close to her grandmother, she doesn't feel like she can turn to Katherine for emotional support.

Sources told Us Weekly that the reconciliation with Rowe is causing major problems between Paris and brother Prince Michael, who doesn't approve and “feels Paris is betraying their father by getting close to Debbie."

PerezHilton.com reports that the molestation charges against Paris' father by longtime family friend Wade Robson was also devastating to the teen.

Finally, there is the upcoming wrongful death trial against Michael Jackson's concert promoters AEG, which is causing strain on the whole family, especially Paris, who does not want to testify.

An insider told People, "Paris is very unhappy and alone. She's living in this place and there's security and uncles and all these hangers-on. And she's alone. That's one of the reasons she reached out to Debbie Rowe -- she wants a family, she misses her dad."