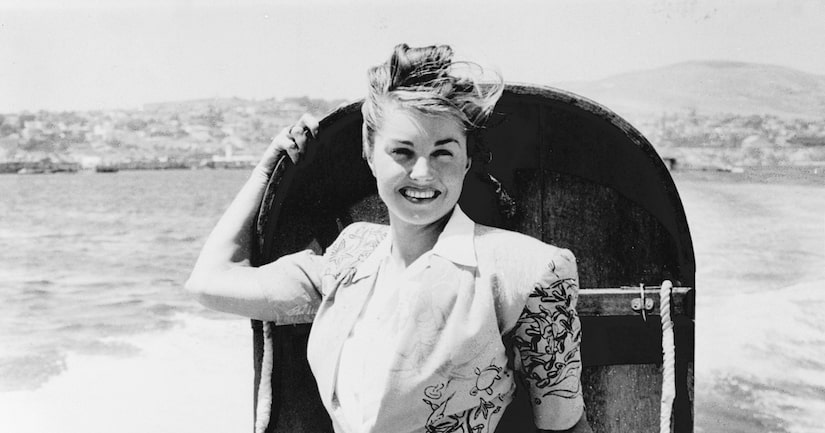 Esther Williams, the swimming champion turned movie star who starred in splashy Hollywood musicals of the '40s and '50s, has died. She was 91.

Williams died early Thursday in her sleep, according to her longtime publicist, Harlan Boll.

Growing up in Los Angeles as one of five children, Williams won the 100-meter freestyle and other races at the 1939 National Championships, but was unable to compete in the 1940 Olympics, which was cancelled at the height of WWII.

Louis B. Mayer and MGM then discovered Esther after spotting her at the San Francisco World's Fair's swimming exhibition, and she became one of MGM's biggest moneymakers, appearing in such musical extravaganzas as "Easy to Wed," ''Neptune's Daughter" and "Dangerous When Wet.”

Williams was married three times. Her second marriage to Ben Gage, a radio announcer, produced three children. They divorced in 1958. She then married actor Fernando Lamas, her co-star in "Dangerous When Wet," in 1962 and stayed with him until his death in 1982. They had no children together.

After marrying Lamas, she retired from public life. Williams explained in a 1984 interview, "A really terrific guy comes along and says, 'I wish you'd stay home and be my wife,' and that's the most logical thing in the world for a Latin. And I loved being a Latin wife -- you get treated very well. There's a lot of attention in return for that sacrifice."

After Lamas' death, Williams co-hosted the 1984 Olympic Games in Los Angeles. She also issued a video teaching children how to swim, and sponsored her own line of swimsuits.