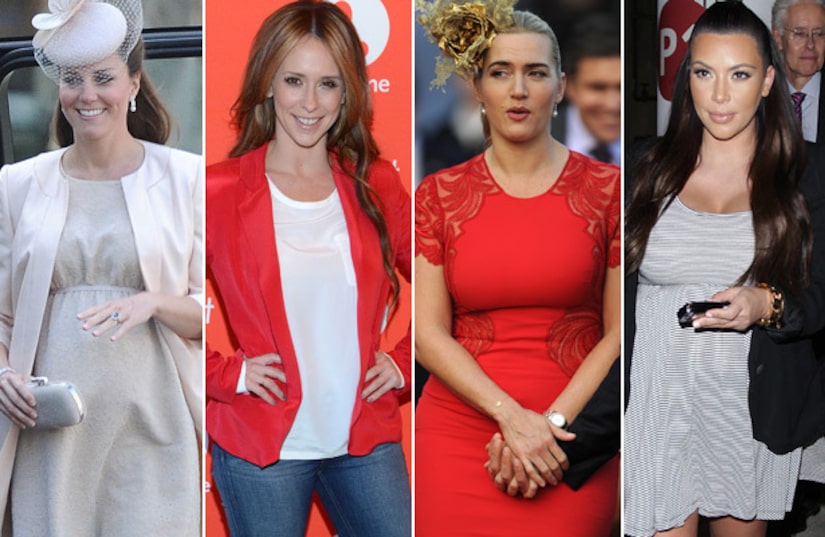 Babies, babies everywhere! After Kate Winslet and Jennifer Love Hewitt both announced pregnancies on Tuesday, it became very clear… Hollywood is in the midst of a baby boom.

Between Kate Middleton's growing belly and Kim Kardashian's maternity wear, the world just can't get enough, so here is the latest on the stars and their baby bumps. 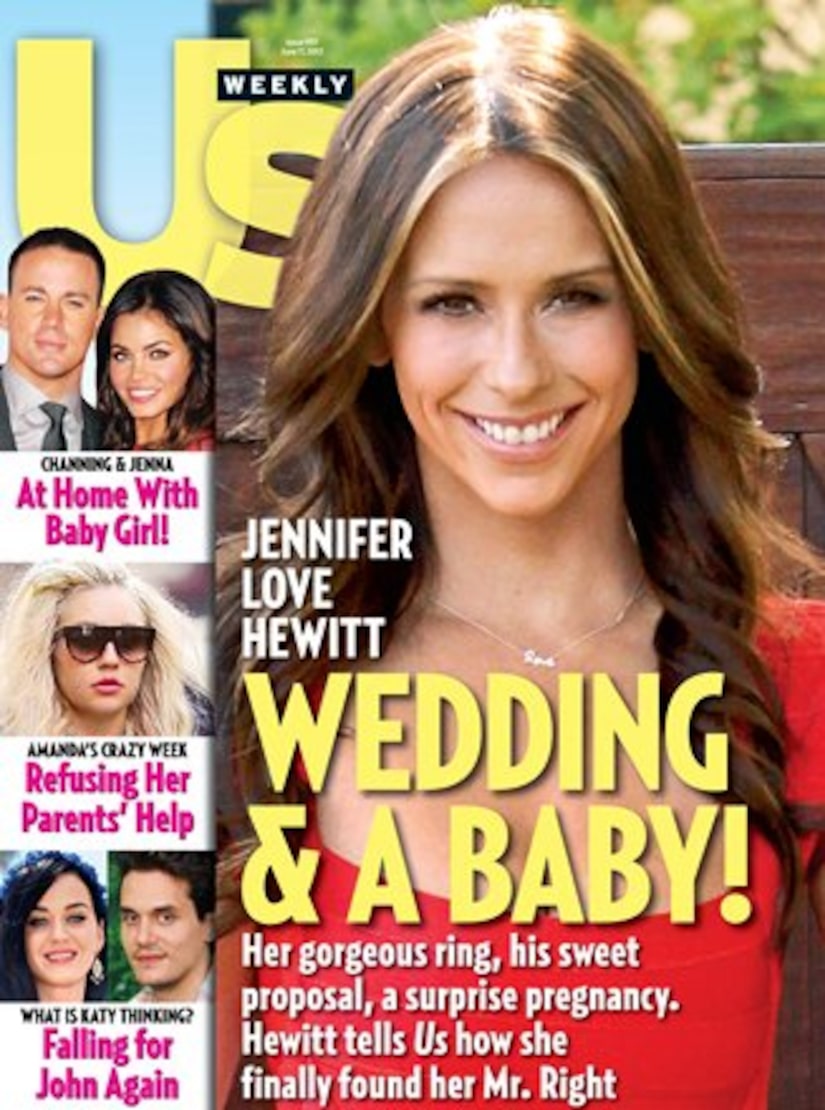 Us Weekly reports that Hewitt isn't just expecting, she's also engaged. The mag confirms exclusively that J. Love and boyfriend Brian Hallisay will tie the knot. The “Client List” co-stars said in a statement, "We're so thrilled and happy to start a family."

Meanwhile, In Touch says Kardashian is preparing to give birth without BF Kanye West by her side. The rapper plans to be at the hospital but not in the delivery room… because he's squeamish around blood. 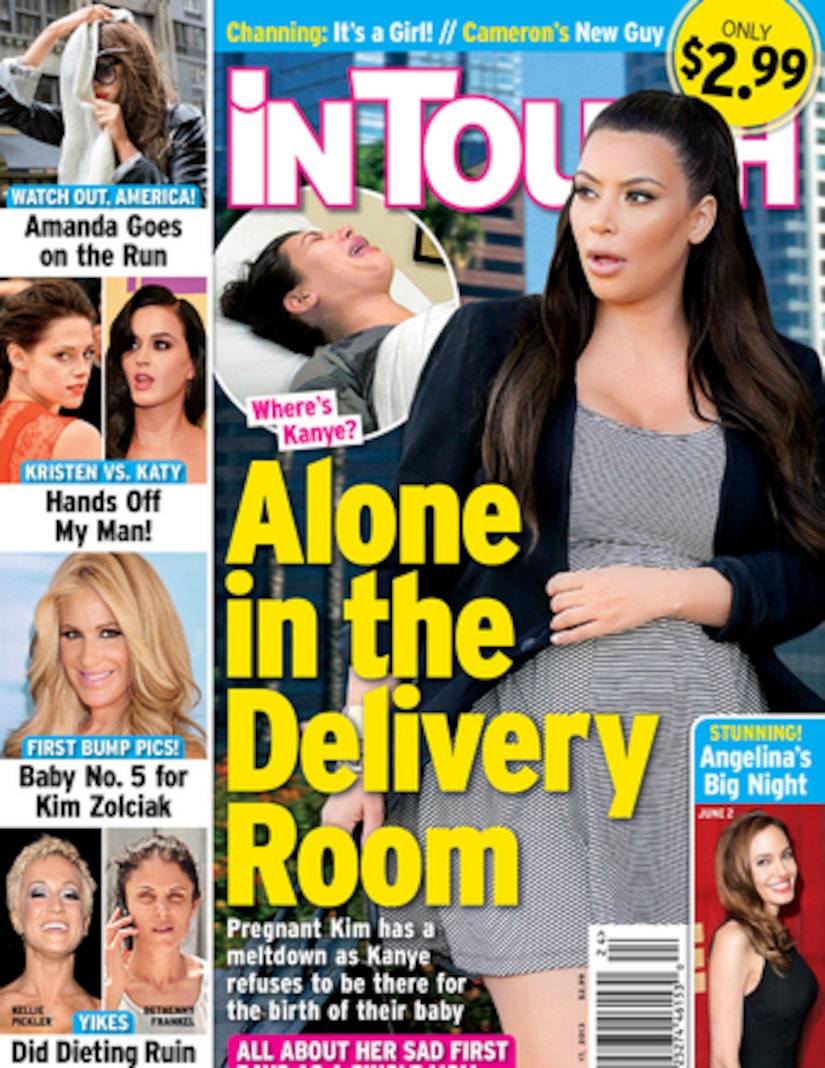 Kim will be having her little girl at L.A. Cedars-Sinai Medical Center in a $3,000-per-day birthing suite, according to the mag. The room comes with a full-sized bathtub, separate sitting area, and flat screen TV. So far, the mom-to-be is planning to have an epidural, but no C-section. She's also banning cameras -- perhaps a first. Check out Kim's baby bump gallery! 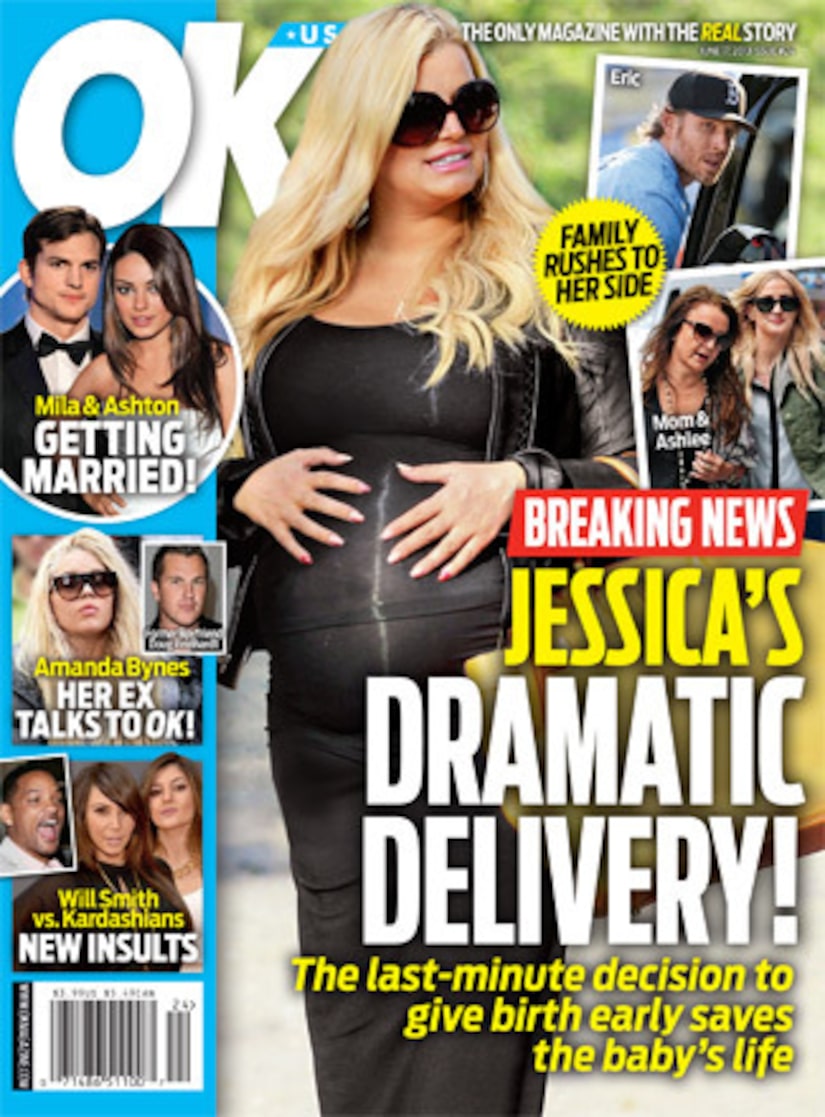 Speaking of deliveries, a source tells OK magazine that Jessica Simpson and fiancé Eric Johnson are taking drastic steps to make sure their baby boy is okay. The couple “made a last-minute decision to have the C-section two or three weeks ahead of schedule, convinced that the dramatic measure will save [the baby's] life," the insider said. The "panicked" star was originally planning for a C-section on August 3. 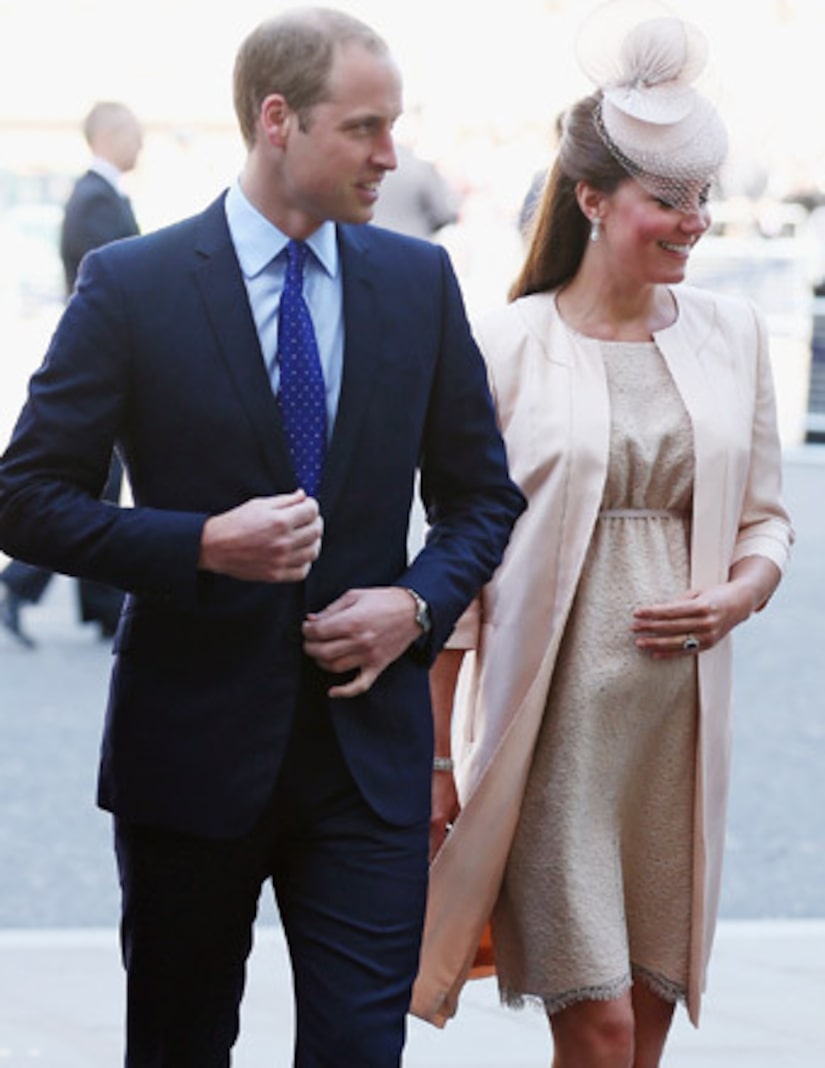 Huffington Post has the latest Middleton news, reporting that the Duchess of Cambridge is rumored to be going on maternity leave after June 13. Her last official duty before the break will involve christening a cruise ship.

A source explained, "Kate has really enjoyed her job and wanted to work as close to the birth date as possible… she takes her royal role very seriously and is looking forward to taking up her duties when her maternity leave has finished.” See more pics of Kate's growing belly! 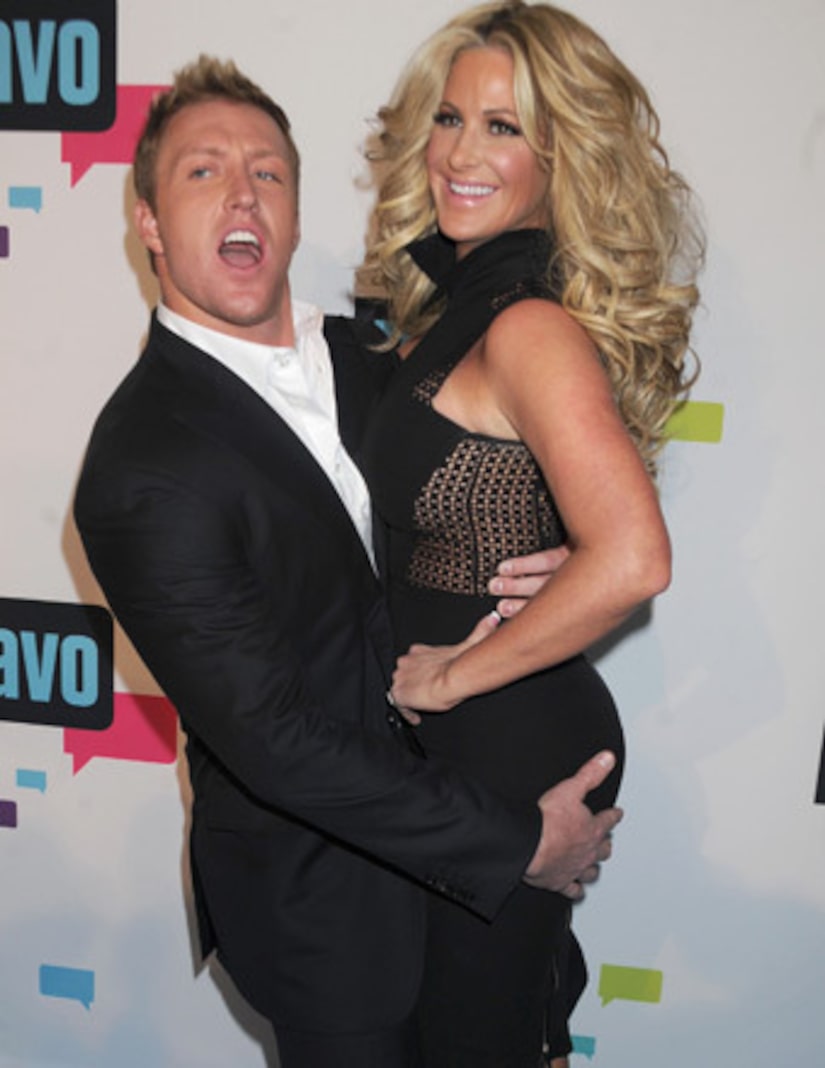 It turns out, "Real Housewives of Atlanta" star Kim Zolciak and husband Kroy Biermann are joining the boom! In Touch reports that the reality star is pregnant with her fifth child, just nine months after her last stork delivery. A friend told the mag, “Kim and Kroy are so excited to be pregnant again... She's been trying to keep it quiet — she didn't realize she's showing as much as she is.”