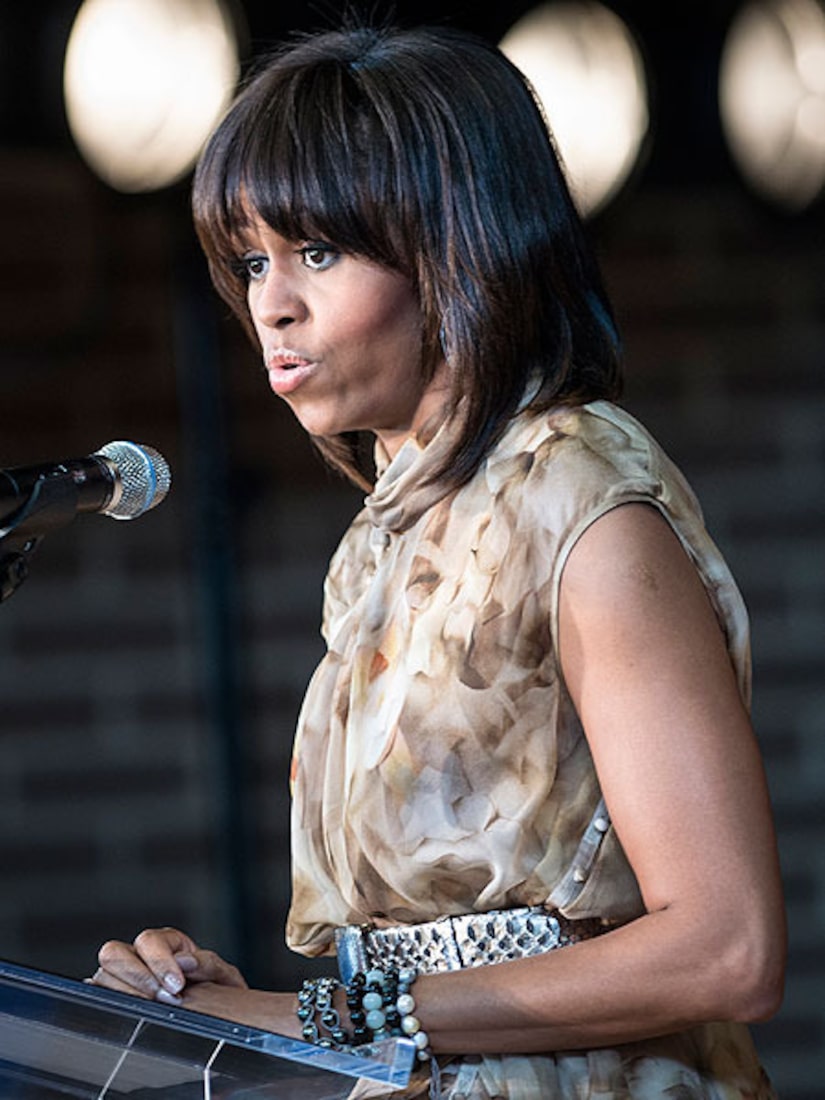 Michelle Obama will NOT be interrupted! As she was giving a speech at a fundraiser on Tuesday, a heckler spoke up, rankling the First Lady, who then threatened to leave.

ABC News reports Mrs. Obama was speaking at a Democratic National Committee fundraiser in Washington, D.C. when a woman in the audience began shouting about gay and lesbian rights.

Obama reportedly responded, "One of the things I don't do well is this.” She then approached the heckler and told the woman she could "listen to me or you can take the mic, but I'm leaving. You all decide. You have one choice."

The audience begged her to stay, and Mrs. Obama eventually returned to the lectern. The protester was reportedly escorted out of the event.

The Huffington Post later identified the woman as Ellen Sturtz, 56, an activist for the pro-LGBT rights group GetEQUAL, who said she didn't intend to interrupt the First Lady, but felt she needed to speak up for young people who are gay.

Sturtz added she wasn't “scared” of Mrs. Obama's response, just disappointed, and thought the crowd's negative response was “a little unsettling and disturbing.”