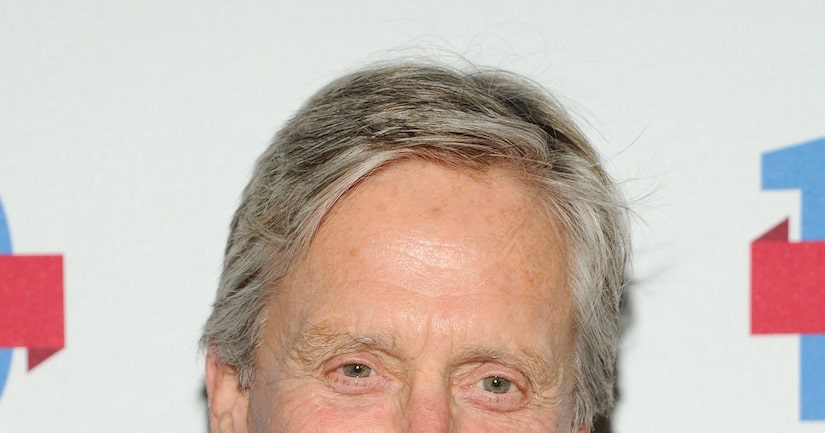 Actor Michael Douglas continues to deal with fallout from his comments to the UK newspaper The Guardian about the cause of his throat cancer.

After the Guardian, published their article on Sunday, in which Douglas was quoted as saying that his cancer was caused by the HPV virus contracted through oral sex, Douglas' rep Allen Burry went on the defensive.

Burry told AP, "In a discussion with the newspaper, they talked about the causes of oral cancer, one of which was oral sex, which is noted and has been known for a while now.” Burry added to other outlets, "[Michael] wants to make it very clear he never said that was the particular cause of his particular cancer.”

In response, the Guardian posted a 32-second audio clip of the interview on Monday and said they do not believe there was any misrepresentation.

Speaking at an American Cancer Society event on Monday night, Douglas attempted to downplay it, joking, "I've become, I think, in the past 24 hours a sort of poster boy for oral cancer, and just so you all understand, I think we would all love to know where our cancer comes from.”

The “Behind the Candelabra” star added, "I simply, to a reporter, tried to give a little PSA announcement about HPV, a virus that can cause oral cancer, and is one of the few areas of cancer that can be controlled, and there are vaccinations that kids can get. So that was my attempt."

Brooks made an appearance on MSNBC on Tuesday and said, “I think Michael Douglas is a very smart, savvy man and I think he knew exactly what he was saying. I think he saw it as a way to highlight this condition in a way that it hadn't been highlighted before.”

Regardless of what Douglas did or did not say, he beat the throat cancer and awareness has been made about HPV and its possible links to oral cancer. For more information, click here.