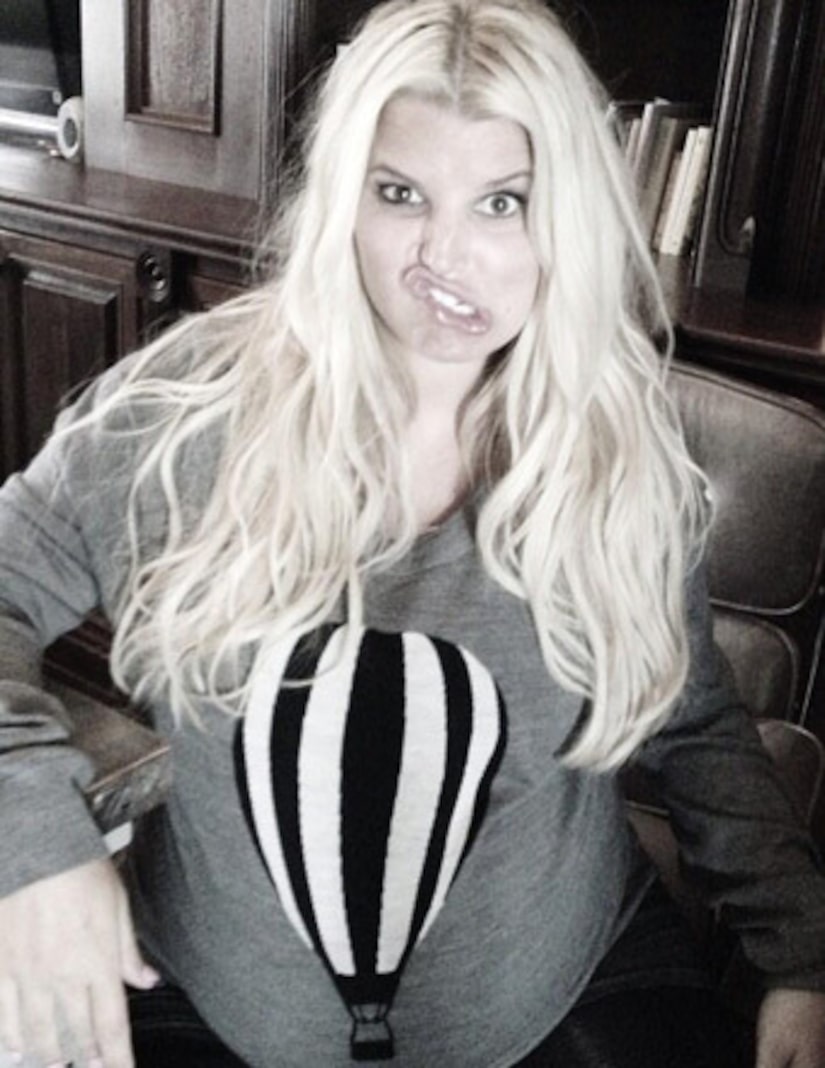 She's not due until August, but pregnant Jessica Simpson looks ready to have this baby! She showed off her bump via Twitter on Monday, posing in a sweatshirt with a hot air balloon on the front.

The look on her face says it all, but Jessica, who is engaged to Eric Johnson, did include one word to sum up the pic, “Metaphor.”

On Sunday, Simpson was spotted with her bumpin' bestie Cacee Cobb, who is expecting a little one with husband Donald Faison. Jessica threw a baby shower for her former assistant and longtime pal at the Four Seasons in Beverly Hills. Both women are due in August! 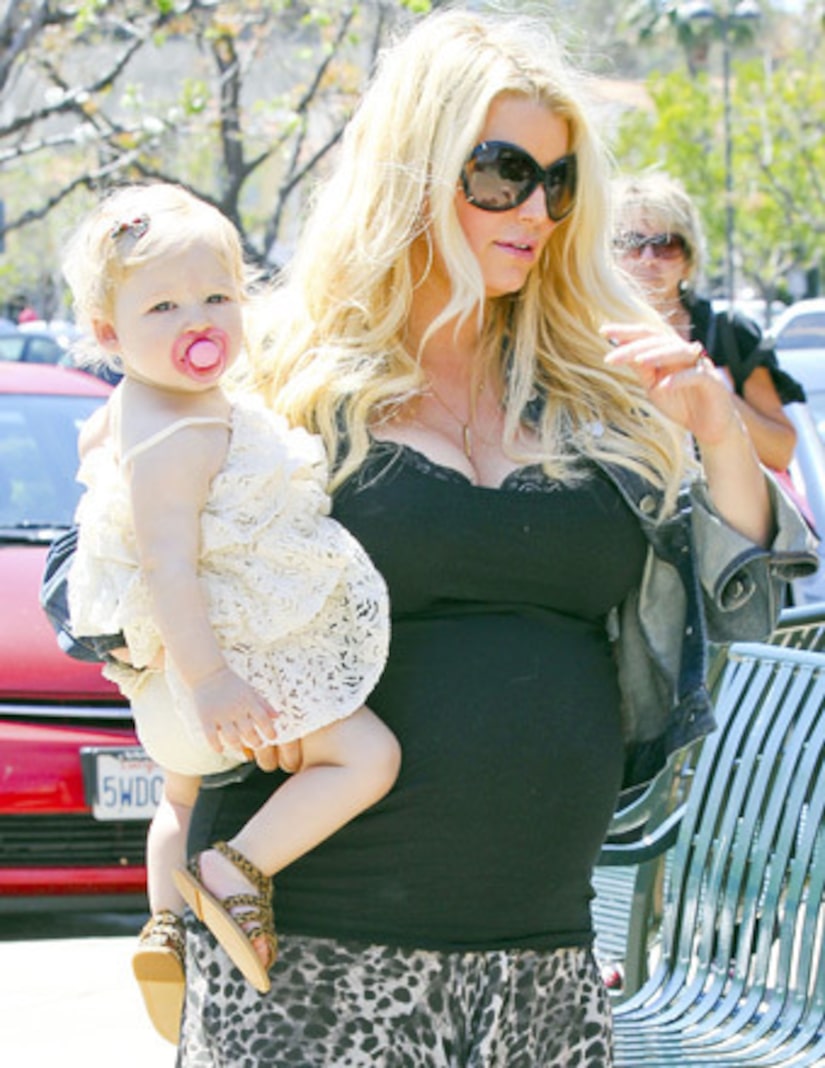 Eric and Jessica, who are expecting a boy, also have a 1-year-old daughter, Maxwell.