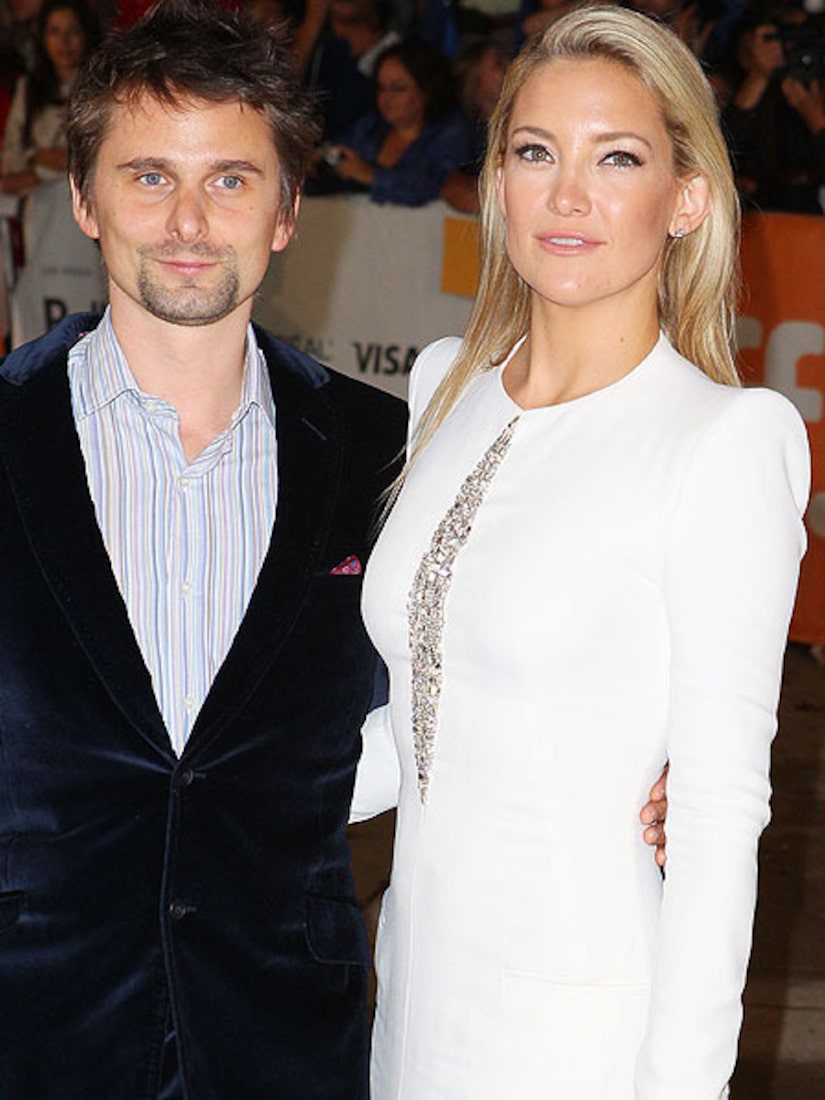 “Extra’s” Jerry Penacoli caught up with Muse frontman Matt Bellamy at the London premiere of “World War Z,” where they talked about creating the music for the zombie thriller, along with breaking news on when Matt and fiancée Kate Hudson will tie the knot.

Bellamy and Hudson have been engaged since 2011. When asked about the wedding, Matt revealed to Penacoli, “Hopefully next year.” The two have a 1-year-old son, Bingham.

As for the music for Brad Pitt's apocalyptic film, Matt said he read the Max Brooks novel before writing the score. “That worked out well, because the book was about surviving the bleakest of situations and that’s one of the themes of the album.”