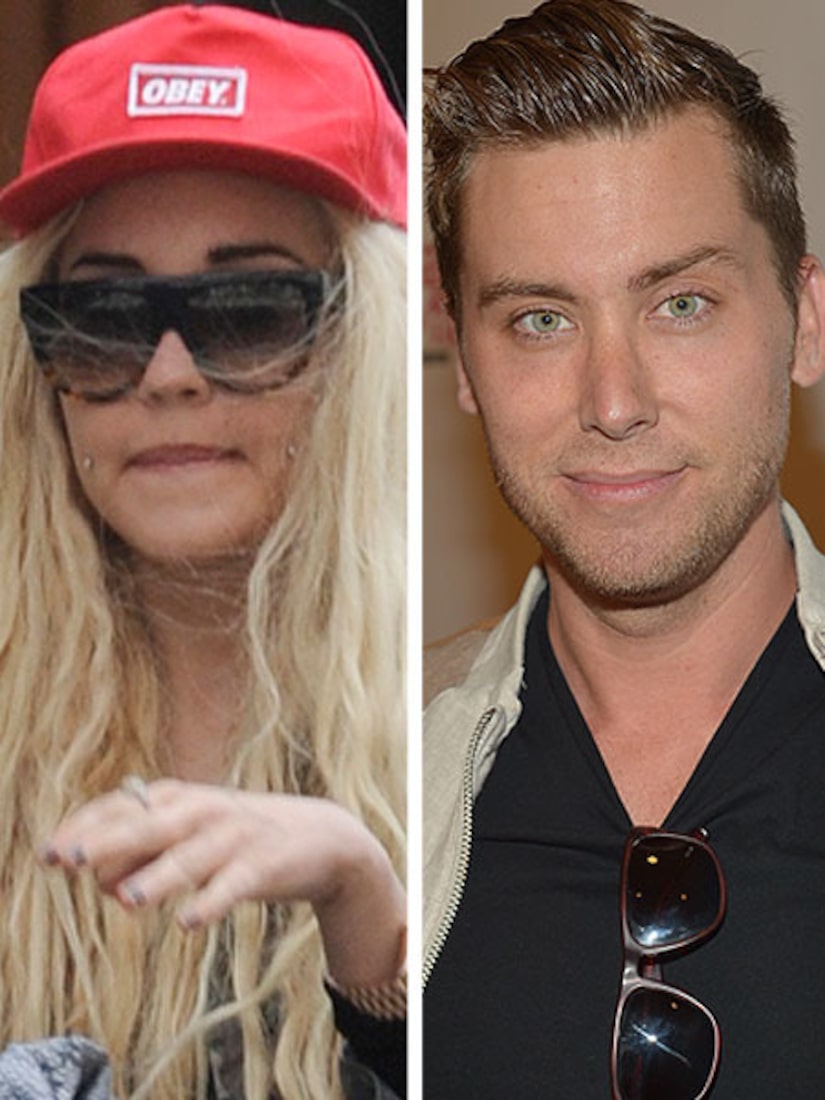 If you want to get Amanda Bynes' attention, just say something negative about her.

Following her Twitter slams against the NYPD, Courtney Love, Chrissy Teigen and others, the starlet is now getting into it with (former) longtime friend Lance Bass.

Bass spoke with Las Vegas 94.1 radio DJs Mark & Mercedes on their Wednesday show, reports CBS News, and voiced his concern for his friend.

"It's one of those situations where obviously there's some mental problems there and she's not able to see that," said Bass, who worked with the 27-year-old Bynes on the 2005 film “Love Wrecked.” He added, "I'm actually really scared for her, and I hope someone is able to get to her to give her the help she needs."

This comment unleashed the Twitter warrior, who wrote, "I ignored Lance Bass on Twitter and now he is saying I have a mental illness. Sorry you're an ugly ex boy band member w/ no talent or career."

The former N'Sync member tweeted in response, "Ouch- The Amanda I know would never had said something like this to me- either this is a fake person or she really does have a mental illness. Way too sad. I reached out- all i can do."

Bynes fired back, "I haven't spoken to Lance Bass in 11 years. To say I have a mental illness out of nowhere makes me lash out! You're making me crazy!"

Bass' response, "Now I really don't think this is Amanda- we shot LoveWrecked together 7 years ago and she was just at my bday party 3 years ago. Hmmm 11?"

Then no more tweets on Bass from Bynes, but her last tweet said, “Perez Hilton is an ugly gay bully. If you like him I won't be your friend.”

Tune in Monday for the latest #arrows.