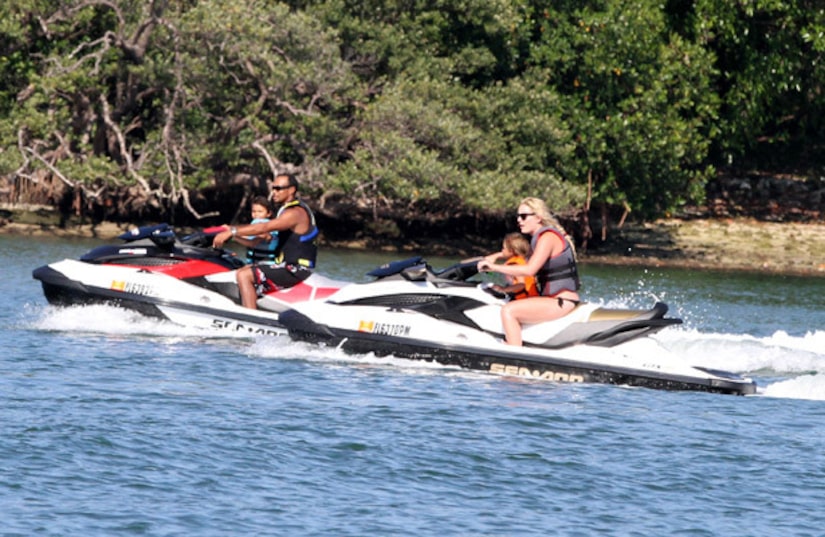 The foursome hit the waters outside of Woods' Jupiter, FL home, where Sam rode with her dad and Charlie with Lindsey.

Vonn looked healthy and happy wearing a bikini and no cast! The Olympic skier's leg may have finally healed after her devastating accident on the slopes of Austria in February. 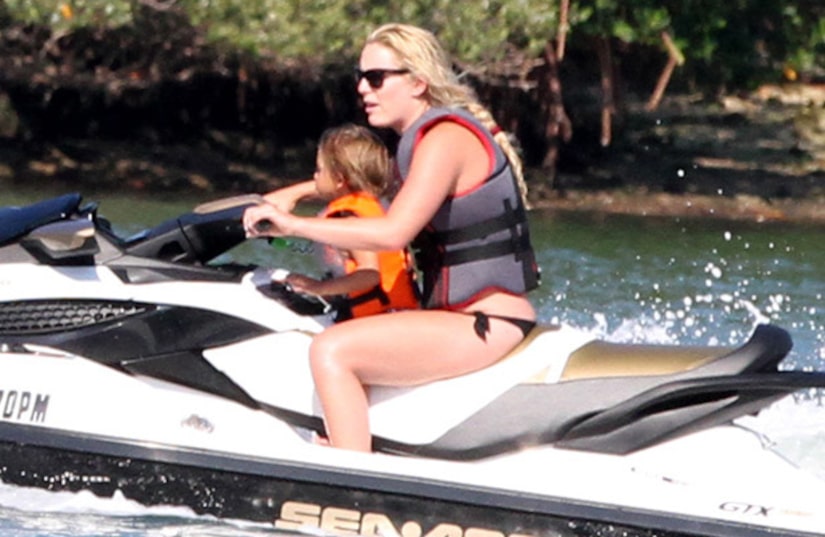 Woods and Vonn have been dating for five months, and went public with their romance in March. While they are spending a lot of quality time with Tiger's kids, it has reportedly upset the golfer's ex-wife Elin Nordegren.

A source told the National Enquirer that “Elin is furious” about past photos, including recent pics taken on Tiger's yacht with 28-year-old Vonn in a bikini in front of Sam and Charlie. 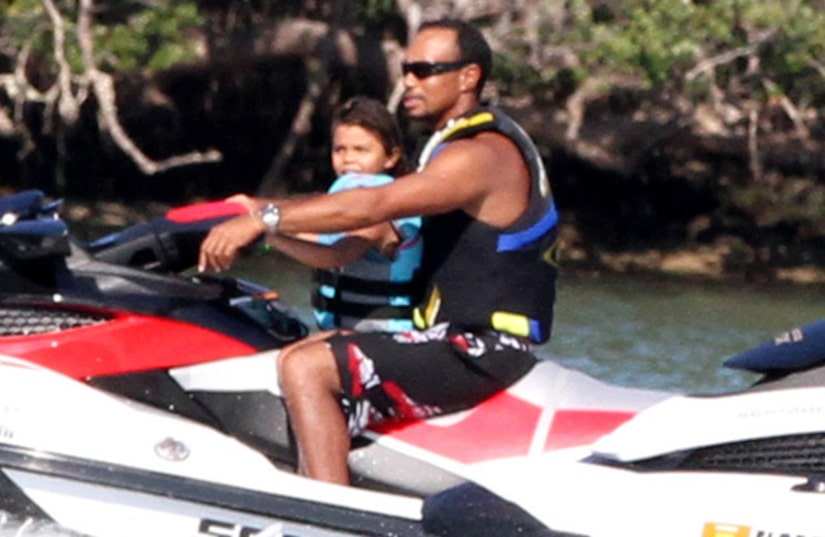 Woods and Nordegren reportedly had a clause in their 2010 divorce agreement that the children not be exposed to any of Tiger's romantic partners, unless approved by Elin, and that the kids were to be kept out of the public eye.