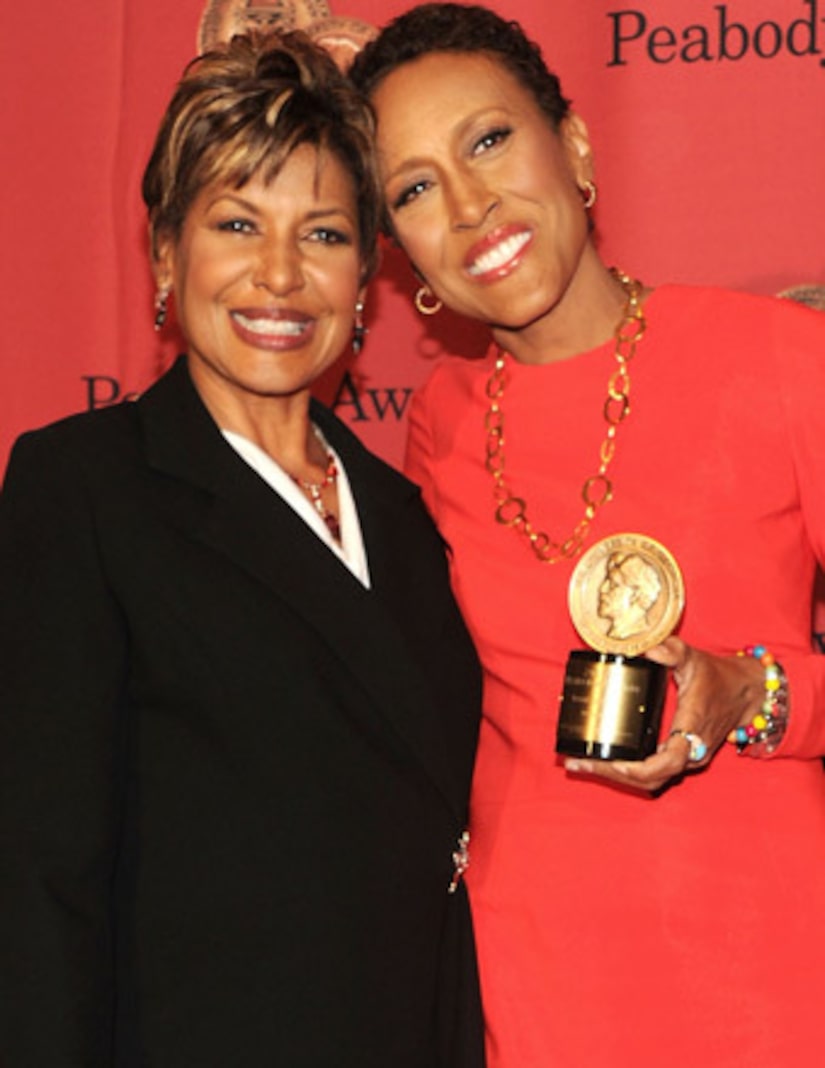 “Extra” caught up with Robin Roberts and her sister Sally-Ann to talk about the lifesaving bone marrow transplant Robin underwent eight months ago.

Robin told “Extra” she owes her new lease on life to Sally, her big sister and bone marrow donor. The two have always been close, but now Robin has Sally’s DNA, “I have a sweet tooth cause she has a sweet tooth!” Sally chimed in, “We’re twins!”

Robin and Sally are actually eight years apart, but they are both morning show anchors. Robin pointed out that they may have followed the same career path, but Sally is taller. Sally responded, “But I’m a waste of height because Robin was a great athlete and I was not.”

Robin explained that she was very lucky Sally was a match for the transplant. “Everyone thinks it’s automatic that a sibling is going to be a match, but it’s only a 30% chance… that means 70% of the time people have to rely on the goodness of strangers, so we’re very fortunate.”

Sally added, “I feel very blessed we are a match, but want to use this opportunity to tell people to become part of the national bone marrow registry, we want to save lives.”

For more information about the registry, visit Marrow.com.