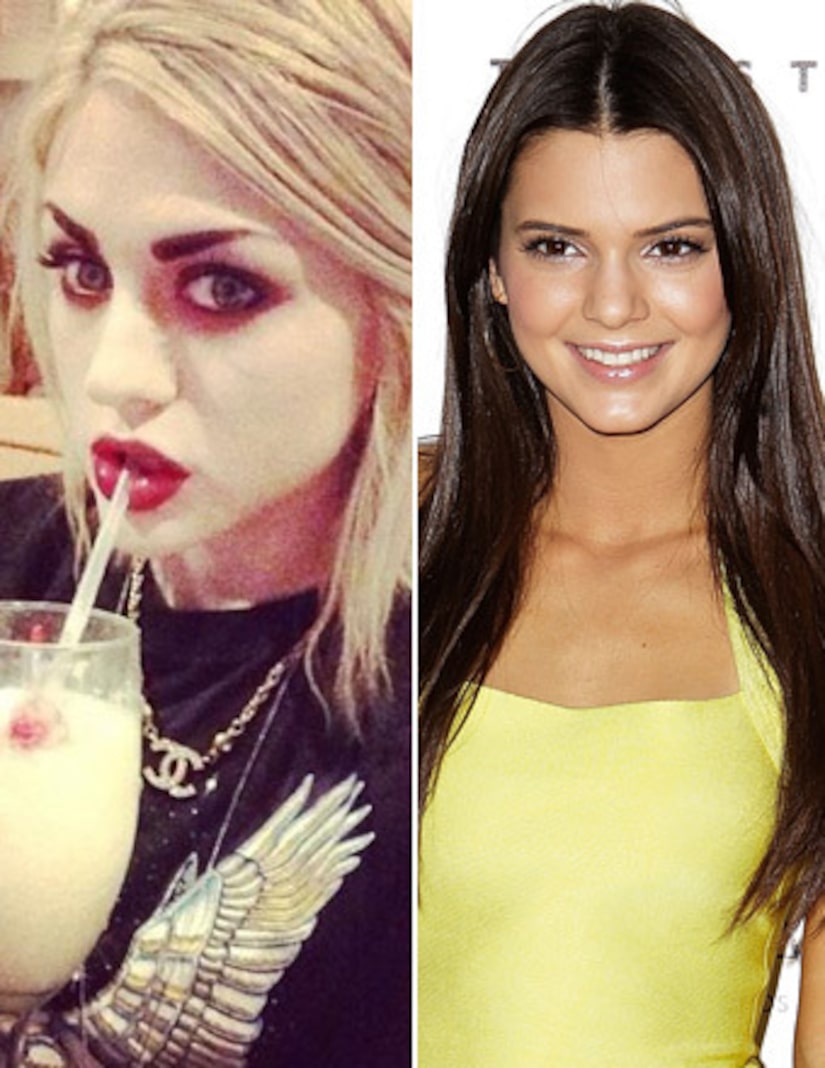 Rock celebuspawn Frances Bean Cobain is keeping up with the Kardashians on Twitter, and she doesn't like what Kendall Jenner, 17, has been tweeting.

Cobain, daughter of Courtney Love and the late Nirvana singer Kurt Cobain, didn't like it when Jenner wrote, "Just wish things could be easier sometimes mann.”

She continued, "Oh ya, not to mention, CANCER, famine, poverty, draught, disease, natural disasters, Death. F***, Humans are so self involved ... I'd like to thank my parents for providing me with a high IQ & I'd like to thank my grams for encouraging me not to be a self absorbed idiot."

Kendall didn't hit back, but did delete her original tweet.