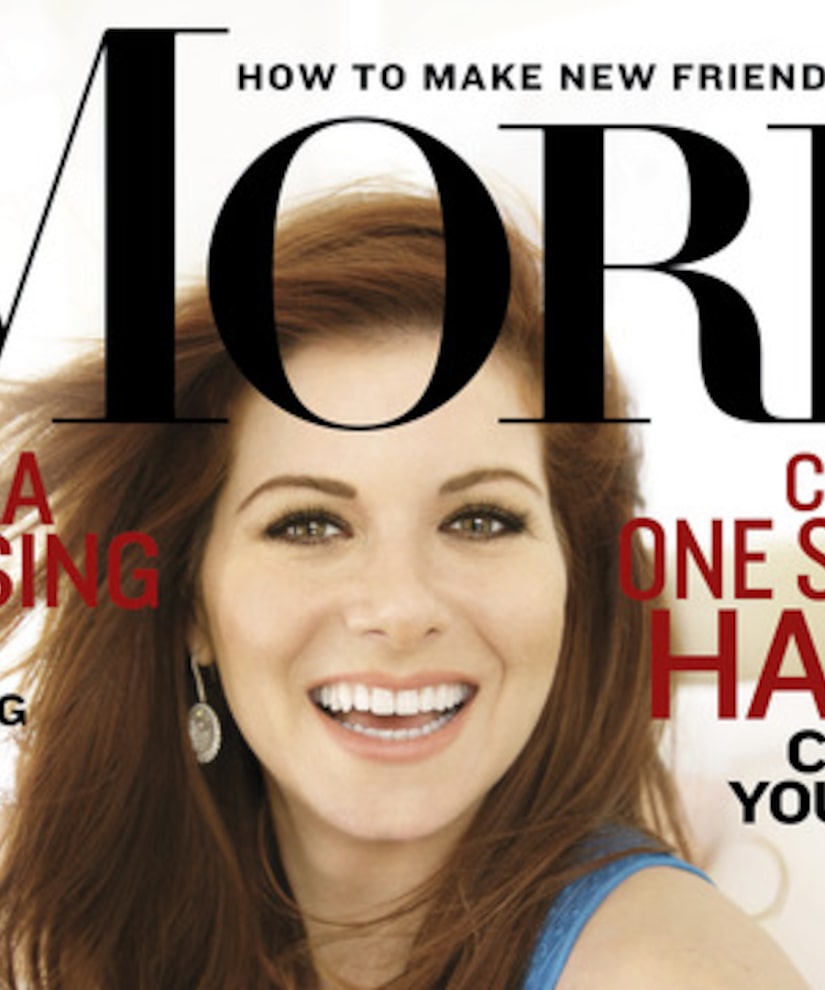 Actress Debra Messing isn't afraid of failure, in fact, she embraces it. Sitting down with More magazine, she openly discussed the ups and downs of her life at 40.

Best known for her role as Grace in the hit sitcom “Will & Grace,” Messing stars in the NBC show “Smash,” which airs its 2-hour finale on Sunday, May 26 at 9 PM.

Messing revealed that she initially turned down the role of Grace, which put her on the map as one of America's funny girls. In fact, she rejected it several times before finally agreeing, saying, “I didn't want to be, for a lack of a better word, a fag hag. And I didn't want to be just the pretty, straight girl in the corner while the guys did all the funny stuff.”

Messing won an Emmy for the role in 2003. She was also nominated eight times for a Golden Globe, yet never won. “I would just start shoveling chocolate in my face [after losing] because I'd been eating brown rice and salmon for weeks trying to fit into a dress that was a sample size and now it didn't matter if the zipper popped because, hey, I didn't win.”

It hasn't always been laughs for Messing. In 2012, she filed for divorce from husband Daniel Zelman after 11 years of marriage. The two have a son, Roman, 9. “Part of me will always contend with the guilt that I wasn't able to give my son the fantasy that my parents were able to give me.” Messing eventually found love again with her “Smash” co-star Will Chase.

For more details on Messing's interview, pick up the June 2013 issue of More magazine, which hits newsstands on Tuesday, May 28.