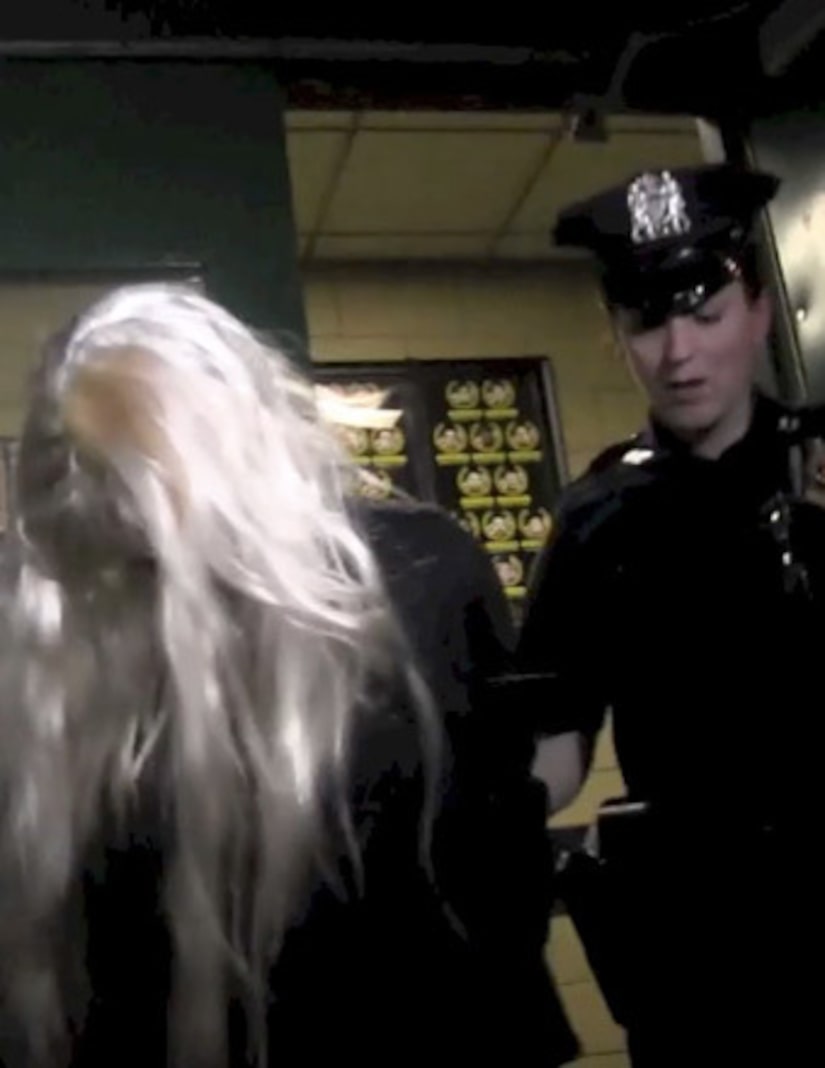 Former actress Amanda Bynes is in hot water with the law again. She was arrested Thursday for throwing a bong out of her apartment window, “Extra” has learned. She now faces one felony and two misdemeanor charges.

Sources tell us that her building manager caught Bynes smoking pot in the lobby of her NYC building, so he called 911 and escorted her back to her apartment.

When police showed up at her 36th floor pad, the 27-year-old let them inside. A bong was sitting on the table, and at some point she picked it up and threw it out the window. Luckily, the paraphernalia did not hit anyone.

An NYPD rep told Us Weekly, "There was a smell of marijuana and a bong in the apartment, at which point Bynes picked up and threw out the window… She did not resist arrest. Can't comment on her emotional or mental state at this time."

The Twitter-happy star, who moved to NYC after a series of traffic violations in L.A., was arrested and taken to St. Luke’s Roosevelt Hospital for a psychiatric evaluation, and later moved to central booking.

Just before midnight, a disheveled Amanda was moved between the police station and night court, where she was taken to a holding cell. Shielding her face with a blonde wig, Bynes refused to answer questions from the paparazzi.

NYPD charged the “Easy A” actress with a felony for tampering with physical evidence and two misdemeanors for reckless endangerment and criminal possession of marijuana. As of Friday morning she was still at central booking, awaiting a hearing in the morning.

Amanda's parents, Rick and Lynn, have reportedly been trying to get a Britney Spears-style conservatorship for their daughter, reports RadarOnline.com. A source told the site that leading up to her arrest, “They have been advised that even as disturbing as Amanda’s behavior is, it’s very unlikely that a judge would sign off on a temporary conservatorship.”

The source added, “Conservatorships are very hard to get, and being mentally ill and addicted to drugs isn’t enough. Amanda hasn’t ever been to rehab or ever agreed to see a mental health professional. Her parents are absolutely powerless to do anything at this point.”